The sheer unpredictability of hunting 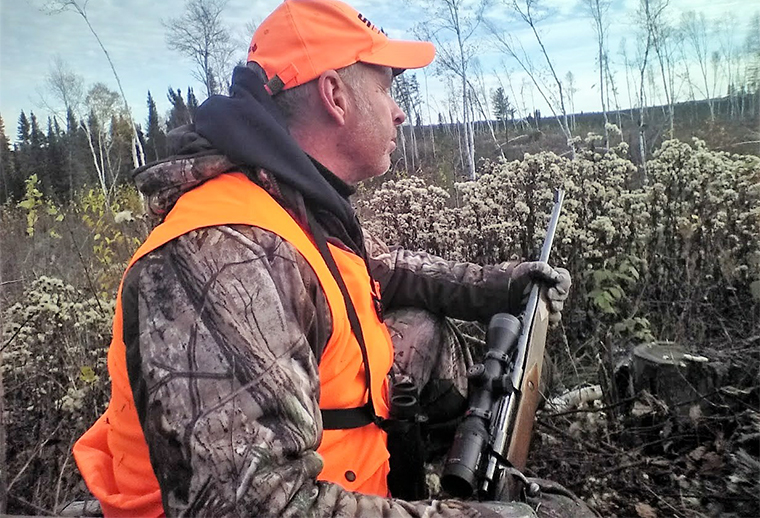 One of the great challenges of hunting, and perhaps the thing that draws so many of us back to it is its unpredictability. Almost nothing is guaranteed when it comes to the pursuit of a truly wild animal.

That’s not to say you can’t help stack the odds in your favour by being prepared. Yet the nature of hunting is such that whatever we think might — or should — happen, almost never does. And being “unsuccessful” at a hunt does not mean you didn’t have a good hunt.

Case in point, this past October I took part in a week-long moose hunt northwest of Thunder Bay. It was opening week and there were five of us in the party. We had one adult tag for the unit and it was a cow tag. I’ve rarely ever hunted for cow moose, and have always been a little paranoid about it, as properly ID-ing them from calf moose can be challenging.

The concern about making a mistake is heightened by calf being off limits the opening week. I’m confident with my moose identification, but still. To further complicate things, I have seen more cow moose than calves or bulls during an average moose hunt. I’ve nearly tripped over bedded down cow moose and have seen more than my fair share when chasing bulls.

The area had been scouted and the moose sign — both for cow and bull — was good. We felt confident that at some point during the week, one of us would see a cow.

On opening morning, I walked into a cut, climbed up a ridge, and glassed the expanse. There was a lot of woody browse, but no visible moose. I walked a little higher, took another look around, and suddenly saw an enormous bull. The beast had stood up out of its bed. I could see steam curling out of its nostrils and it had a very nice rack. The animal was standing broadside, at about 300 yards. It was the kind of scenario every moose hunter dreams about. Yet having no bull tag meant that I’d get to watch this great animal saunter into the treeline unscathed. My safety stayed on.

A little while later, my buddy Tom sent me a short text. “Watching two bulls, one at 50 yards,” it said.  He was in the next cut. Tom said the animals were in view for some time. No cow. I would see another moose just before noon that day. Four bulls, no cows.

Two days later, I walked into the same cut at first light and saw a moose down in a gully at about 100 yards. It did not have an obvious rack, but I knew better than to assume. I pulled out the binoculars and looked hard. The animal was feeding, head down. At first, I could not see a rack and got a little excited.

But as the light improved, two small spikes appeared. Another bull. It was a perfect eater moose, but no bull tag. Do I even need to say how the rest of the week went? That cow tag is going on the Christmas tree.

Then there was the deer hunt. 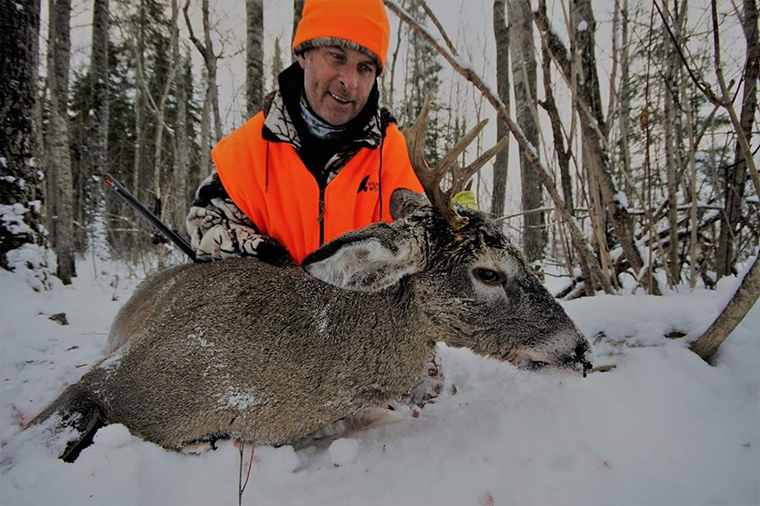 I went into this season —  as always — feeling confident and reasonably prepared. Our winter had not been too bad, and I felt good about the chance of harvesting a big buck. In fact, I’d all but decided to hold out for one of the smashers I fully expected would start appearing on the trail cams in September.

Well, there was good news and bad news. The good news was one farmland property I hunt had some nice bucks, including a giant I dubbed “Daggers” due to his nine-inch brow tines. The bad news was my bush spot, historically the most consistent at giving up big bucks, was basically a desert. By mid-November, only two big bucks had shown there, and each for about five minutes total. This was a first in my years of deer hunting the property, and remains a mystery I need to solve.

The farmland was going to have to be the place to harvest a big buck, but there was a problem. All the mature animals were 100% nocturnal. Even during peak rut only does and a brave spike were venturing out in the light hours. My dream of a big buck in 2017 was slipping away. I like to eat venison, so on November 19, when a young six-point came to my doe call at first light, I dropped the hammer. He was no “Daggers” but has tasted very good indeed.

On a similar note, I didn’t even see a bear in a hunting situation this fall, but that’s a story for another time.

Despite the 2017 hunt not living up to my own over-hyped expectations, it was pretty decent. There is meat in the freezer and lot of fun time was had in the bush with friends and family. Yet I will be back to the drawing board for 2018. Hoping for the best hunts possible, but knowing it’s not always going to work out as planned.

To read more about Gord’s adventures in the outdoors click here.