Caribou to be relocated by helicopter 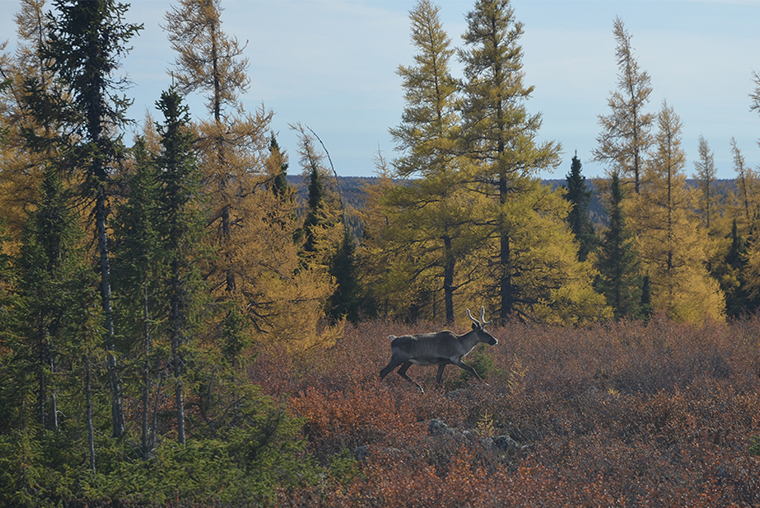 A depleting herd of caribou on Michipicoten Island, located about 65 kilometres southwest of Wawa in Lake Superior, have been a growing concern for the Ministry of Natural Resources and Forestry (MNRF) and the Michipicoten First Nation. The two groups have come together to work out a plan to relocate part of the herd, but the end result will likely be that Michipicoten Island will be yet another place in Ontario that caribou once lived.

Caribou are already a species at risk in the province and the numbers on Michipicoten Island have declined to a worrisome level due to predation from wolves. It’s been reported that the wolves made their way to the island a couple of years ago via an ice bridge that formed. A 2011 survey of the heard showed 680 caribou on the island. Last year, there were only 120 caribou and about a dozen wolves.

“We will be transporting a suitable portion of the caribou population to the Slate Islands to ensure the continued viability of this important species on an island free from predators. There is an existing caribou population on the Slate Islands and the transported animals will augment the existing herd and breed safely, which we hope will expand the population,” said Minister of Natural Resources and Forestry, Kathryn McGarry, in a recent statement.

The Slate Islands are about 130 kilometres north of Michipicoten Island. The ministry is working out details of when and how many animals will be moved, but noted that some will be left behind.

“We have relocated caribou before but it is not common. We feel relocation offers the herd their best chance of survival. We hope to do the relocation in early 2018.” said Jolanta Kowalski, a communications specialist with the MNRF.

Mark Ryckman, senior wildlife biologist with the Ontario Federation of Anglers and Hunters calls the plan, “misguided” noting that relocating the animals will not help with caribou range retraction, something that is a concern for the ministry.

“Given that the wolves have already caused a significant decrease in caribou numbers, the remaining caribou will likely become wolf food,” he says. “There’s also a risk of creating a shallow gene pool (a genetic bottleneck) in the remaining caribou population, which could have impacts on reproduction and population persistence.”

He also pointed out that perhaps it’s the wolves that need to go from the island, not the caribou.

“Theoretically there’s an opportunity to reduce wolf populations on Michipicoten Island to allow caribou to persist there (translocation or harvesting of wolves), rather than embark on an expensive caribou translocation program,” Ryckman says. “The fact that the island is also a provincial park might present a barrier to harvesting or translocating wolves, but I’d argue that the government is negatively impacting the ecological integrity of the park by essentially allowing caribou to go extinct there.”

Details on the cost of the project have not been released, but it’s been reported the ministry plans to move the caribou by helicopter to their new home.

In the original statement McGarry said that the ministry will, “continue to monitor the situation,” and plans on, “initiating a broader discussion to seek input into the overall approach for managing the Lake Superior Coastal Range of caribou.”

For more news from the outdoors in Ontario click here.