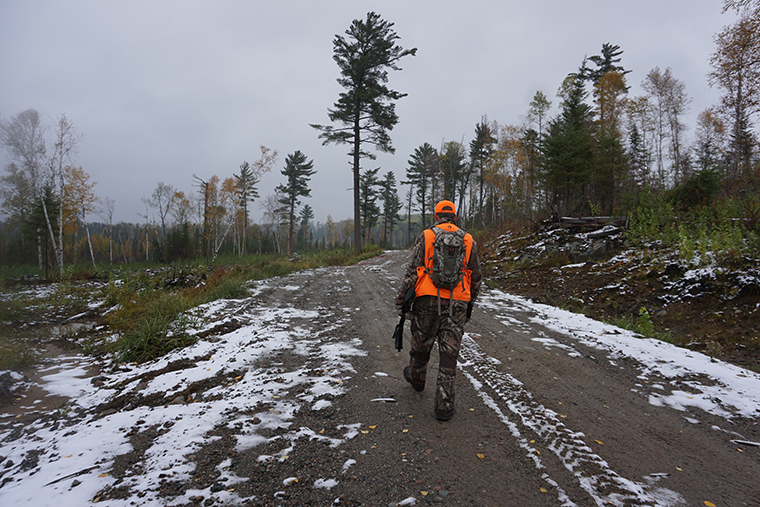 Recently, as I tromped through a large cutcover area northwest of Thunder Bay, I had a revelation.

Standing in that cut, with its mix of tiny poplars, towering white pines (spared from cutting by design), and endless stumps, it dawned on me that a good deal of my adult life has been spent in them. Mostly while hunting, but also berry picking, and driving or walking to fishing destinations.

In the north logging and forests go hand in hand. The disturbance made by logging does remove grown trees and can have negative impacts, but the fact is much of the wildlife I’ve pursued over the past 40 years has been associated with cutover areas.

So many of my hunting memories are tied with cuts there’s likely enough stuff for a book. The sweet and funky smell of a new cutover is one that’s familiar to nearly all Ontario moose hunters. The steaming slash piles, dead end skidder trails, and sawdust strewn turn around areas are a huge part of the northwestern Ontario hunting experience.

One cutover I will never forget gave up my very first moose. The area was what is called a “winter cut”. The surrounding area is so wet and swampy, that you can only cut the trees in winter.

The deep, muddy skidder trail that was made to access this large square of land was not very nice. I actually lost a boot in it. Yet once you got back in,  the trail opened into a moose wonderland. 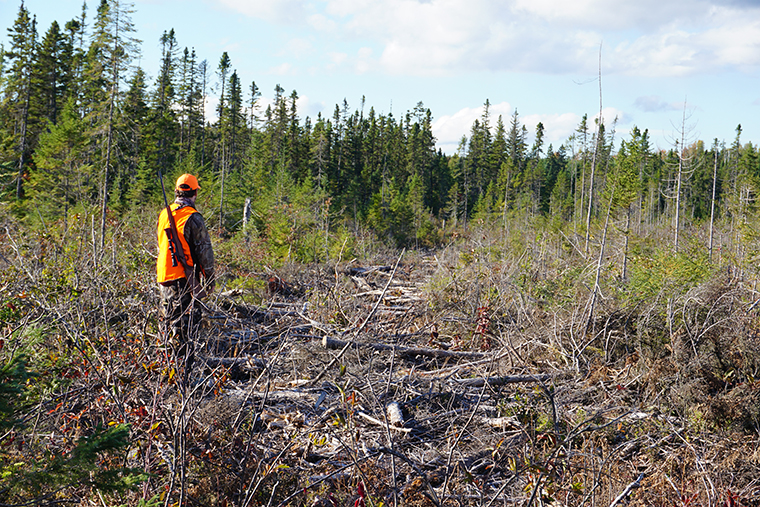 The leafy poplar browse was just the right height and there was thick bush all around for cover. It was the sound of moose antlers smashing together that drew me over a ridge and there, 200 some yards away, were two beautiful bull moose.

The big one, sporting a rack about 5 feet wide, was just walking in the bush. The “smaller” one was still in the open its rack shining in the sun.

I found a stump, took a bead, and harvested my first bull. That bull had a rack 47 inches wide and needless to say getting it out of there was quite a job. Nearly a year to the day this writer found himself right back in that same spot.

This time, there were no antler smashes to guide me up over that ridge. Curiosity and a general positive feeling led me up where I looked down into the cut and saw nothing.

Yet there was something else going on. A slow turn of the head revealed a bull moose 50 yards away, staring at me from the tree line. That moose was my second, a hair under 40 inches.

Never did get another moose there but what a spot.

One of the most fascinating things about a cutover is they don’t ever stay the same. Initially, the cut forest area looks like a war zone: Piled up trees, ripped up ground and very little cover or food.

Yet in short order plants appear and then a variety of trees and shrubs. Blue berries, raspberries, and wild strawberries appear. If the area is re-planted tiny jack pine, black spruce, or pine will get a foot hold.

Every year that cutover has more growth, the trees and shrubs start to grow and slowly the forest emerges. In time, the sign of the cutover disappears, replaced by a full forest.

If you live long enough, you may even see this happen a couple of times to the same woods.

A couple of springs back I wanted to fish a steelhead river that had once been accessed via a bush road that ran through a huge cutover. It had been at least a decade since I’d last been there, so when I drove into the road and saw tall trees, it didn’t feel right.

It was oddly comforting to finally break out onto a power line that was familiar and unchanged. A bit further down the road I could see the river. It was the pretty much the same, but the forest had returned.

I plan to tromp cutovers as long as the good lord sees fit. There is a special beauty about them that I appreciate more every year.