Setting your own limits 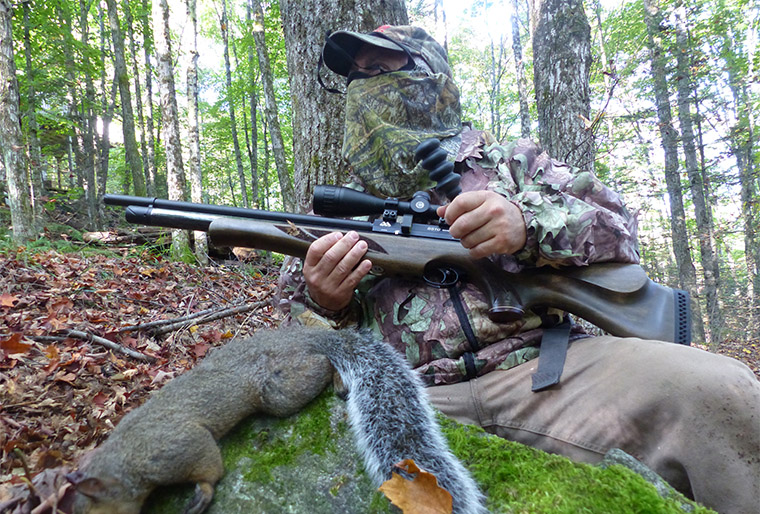 In a 2017 blog post, I introduced you to my new air rifle. Actually, referring to it as an air rifle is like calling a Ferrari a car – it’s true but doesn’t really give you a sense of the quality and performance you can squeeze out of the thing.

In the case of this little pre-charged pneumatic .22, you see the benefits of its performance in the squirrel woods. And boy did I.

This past fall, I targeted eastern grey squirrels much more than I typically do. Partly because I thought my air rifle would make a squirrel hunt a lot more interesting and partly because squirrels were clearly more abundant this year.

The icing on the cake was a fine squirrel-filled woodlot less than five minutes from my home. Conditions like these made it awfully tempting for a person to sneak out for a quick hunt during the middle of a working day when it was too nice to be stuck inside.

The end result was that I took 17 squirrels this past season with that air rifle. And I have had some fine meals as a result.

But here’s the thing.

I could have shot more. You see, every time I got near the possession limit of 15, I ate a few. Yet, at 17 for the season, I stopped, because that seemed to be enough.

First off, I reasoned I had taken enough from the local resource. I thought my personal moratorium and season left enough squirrels to repopulate the area – in fact, I’m seeing other squirrels move into that prime habitat now. Which is perfect, because it will mean great hunting next year too.

Of course, the decision to limit what you take is a personal one, but I’m proud to say I see hunters and anglers set personal limits all the time. I know one guy who limits his take on woodcock; I know of a camp where they only take bucks and fewer than they have tags for. I know one angler who only keeps one rainbow trout a year. I think we all know people like this.

The limits set by our Ministry of Natural Resources and Forestry (MNRF ) are based on science and biology. Personal limits are based on local observation and your own ethics. I’ve always thought there should be a happy marriage of the two.

First and foremost, obey the hunting and fishing regulations. But, after that, do right by the areas you hunt and odds are good you’ll continue to have fine opportunities in seasons to come.

Besides, there are always other game species to hunt. I wonder how this air rifle will perform on snowshoe hares.