The early opening of the small game season this year in my area is something I was grateful for. But honestly, I will be far happier hunting during the end of the season. The reason is foliage. 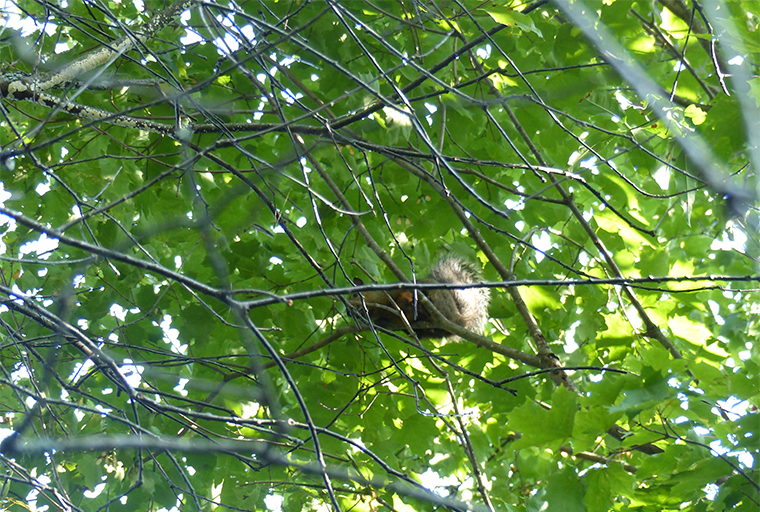 My opening week was filled with squirrel hunting excursions. I didn’t bother chasing grouse because of the heavy cover and unseasonable heat, but I did slip through the squirrel woods taking a few using the .22 pre-charged pneumatic air rifle I have previously written about.

Thus far, I have harvested two in four hunts and the rifle performed perfectly. I might have taken several more, if not for the heavy canopy and dense ground cover. On several occasions I’d catch glimpses of, or hear squirrels up in the oaks cutting acorns or in the maples foraging on keys, both of which seem to be in good supply this year. All it would take was one little move on their part – something squirrels are genetically programmed to do it seems – before they were lost behind a screen of leaves again.

On the bright side, my freezer holds half the squirrels required for a Brunswick stew and these little hunts give me something to look forward to in the early morning and afternoon when I’m done staring at this keyboard.

There are other unrelated benefits derived from still hunting for squirrels. I have eased within 30 yards of a bedded buck and, on my very first hunt, I was nearly run over by a big doe that bounded over the rise and clearly had somewhere else to be. I could have touched her as she passed – and I have relatively short arms. It was thrilling.

Look, I have never been one to wish for the leaves to fall too quickly – at least not until I have found a really good place to hide the rake. I want autumn to progress in its own sweet time. I want to be able to savour the colours and enjoy the slow descent of those beautiful leaves as they sail in the breeze and carpet the hardwoods.

But this year, once that happens, I’ll probably remember these early season hunts and appreciate late autumn more. Then, there will be longer vistas and clearer shooting lanes. And, I suppose that will mean the squirrels will find another way to make me earn my Brunswick stew.

Get more stories from Steve here.