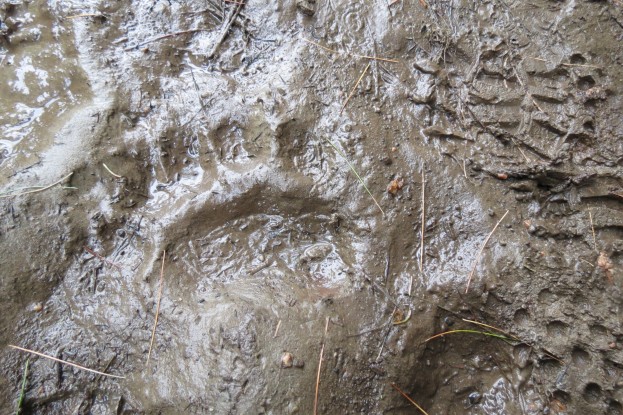 I love autumn – a whole lot. It’s always been my favourite season because that’s when I get to hunt ducks, grouse, woodcock, deer, and other game, and view colours and vistas that actually deserve to be on postcards.

These days, however, I’m loving spring just as much. There are many reasons, I suppose. The most obvious is, by the time spring officially rolls around, I’ve had more than enough of winter.

But there’s more to it than that. These days, spring is a time for hunting too. And, this year, that’s the case more than ever.

The spring bear hunt has been added to the list and I took advantage of that opportunity. My bear hunt took three days and in the end I placed my tag on the bear I wanted – a nice 120 or so pound animal.

That, combined with the venison and ducks I have left over from last fall, and the turkey I tagged earlier in the month, and the fish I plan on catching, will mean that we won’t have to rely as much on the grocery store for meat this year.

That’s important to me. I prefer wild game over most other meats. I know its origin. I know how it was handled. I know it isn’t laced with unnatural additives. Yesterday, we had venison steaks on the barbecue; tonight I’ll make a turkey soup, next week we’ll be eating bear sausage. Or trout…

I think folks who think the worst of hunting (and fishing) would be surprised to learn how much some of us look forward to and rely on the bounty of nature.

I’m not sure it would help them get over the fact that we kill animals, but maybe it would stop them from spewing the kind of nonsense you hear every now and then about hunters leaving meat to waste. Just yesterday I heard that from someone who should have known better.

I politely let them know that wild meat is hard-earned and cherished by those of us who hunt. Then, I mentioned that it’s good for you, locally-sourced and free-ranging. Basically, I pointed out that wild game is environmentally friendly – more so than tofu, in fact.

That stuff, I pointed out, requires lots of farmland (that were probably once wild spaces) as well as considerable industrial effort to produce, package and ship – none of which is too eco-friendly. That, along with the taste, is why I never liked the stuff.

Plus, who in their right mind would want to call in a wild tofurkey?