Professionals use expensive gelatin blocks to demonstrate how bullets will perform on targets, ensuring that the round will have the energy, expansion, and penetration required for effective shots on game animals. But you can build a “poor man’s shooting box” to do the same tests using simple household materials for almost nothing. 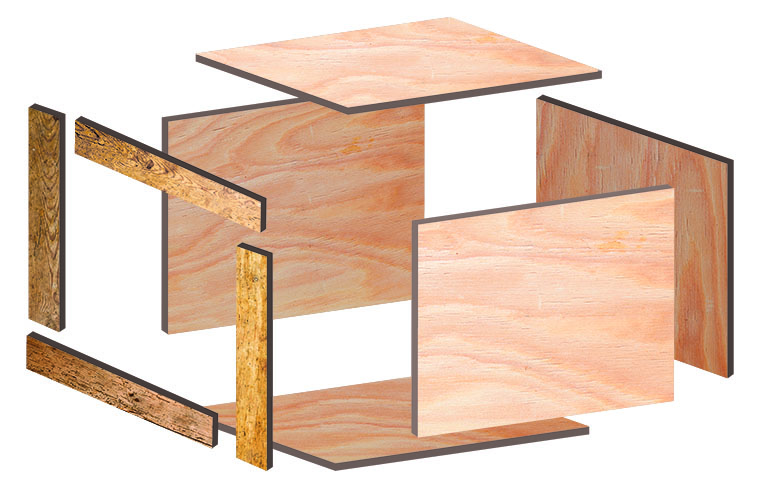 We built the box to fit a stack of tabloid newspapers. Since we were going to test rifle bullets, we needed lots of depth, at least 16 inches, which is the FBI standard depth for ballistic gel. Cut your pieces out of 3⁄4″ plywood. Attach them as shown using 2″ wood screws and wood glue. Don’t glue the back wall. 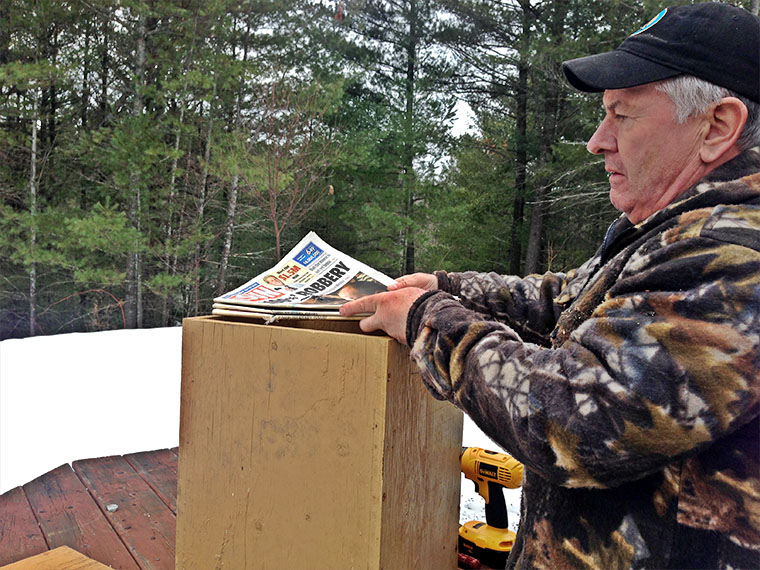 Instructions for most of the shooting boxes we’ve read about suggest soaking the newspaper in water to more closely approximate the consistency of ballistic gelatin or muscle tissue. We use dry paper simply for convenience. It’s easier to stuff the box, exchange the shot-up newspaper, and store it between shoots. And, we think we’re getting reasonable results.

Turn the box on its face and load the newspaper in through the back hatch. Whenever we’re using the box as the secondary catch for our bullet, we only fill it about two-thirds full and then we use a small cardboard box as a spacer.

Close the box up by putting the back wall in place.

Our primary use for our shooting box is a bullet-catch for our ballistic gel tests. We shoot through the gel with the shooting box behind it. Used this way, the bullet usually penetrates the newspaper only about 6 inches (about 15 cm). 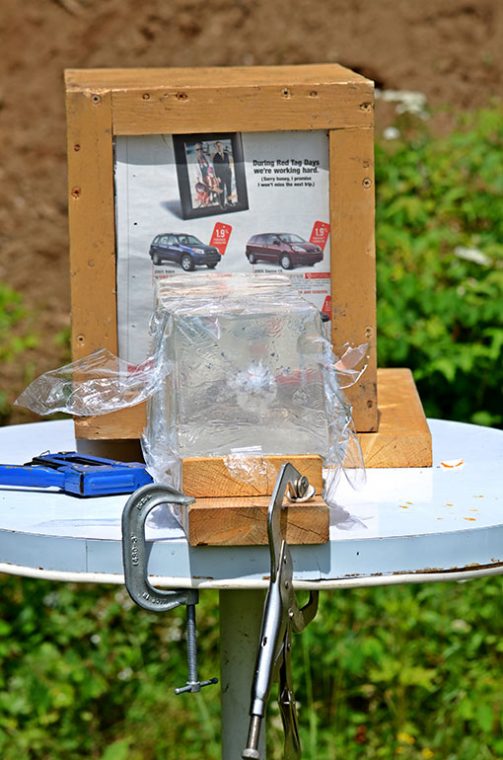 Make sure your rifle is zeroed and grouping well within the size of the box before you shoot at it. Take only one shot at the box.

Turn the box face down, open the back door, remove newspaper until you get to the layer where your bullet was stopped.

Examining the shot bullet can tell you about expansion, penetration, and weight retention.

If you’re using a bullet intended for small game (such as coyotes), expect low penetration and rapid expansion. If the bullet is intended for big game, expect medium penetration before mushrooming and 90%+ weight retention.

We are firm believers in the KISS principle (keep it simple, smart) and this is a simple, easy, and affordable way to learn one more thing about your favourite hunting rifle. The ammunition you use is important and how the bullet performs is more important. You can take the manufacturers at their word, or you can find out for yourself if one bullet is better than another.

Originally published in the June 2017 edition of Ontario OUT of DOORS.