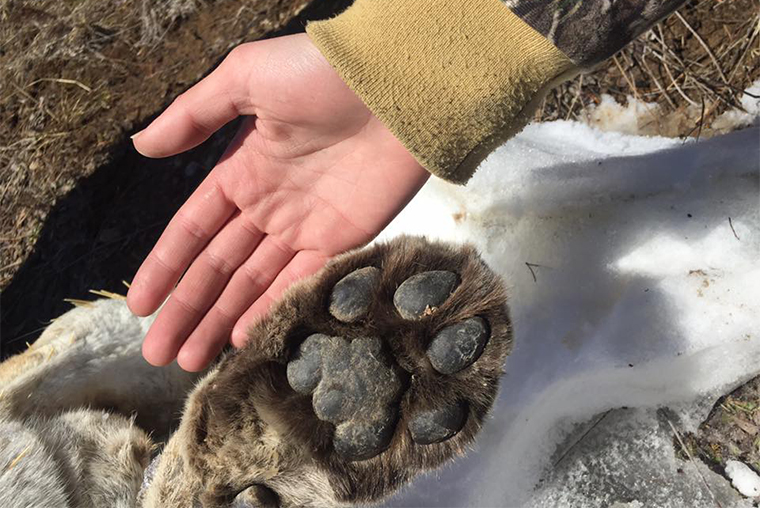 DNA testing of the Thunder Bay-area cougar carcass, completed by the US Forest Service, has determined, with 95% certainty, that the cougar’s genetics were most closely related to individuals from the region of the Black Hills of Wyoming, South Dakota, and northwest Nebraska.

She also confirmed the province does not possess DNA samples of resident cougars for comparison.

“We have evidence that there have been cougars in Ontario but we don’t know if they were immigrants, released/escaped pets, or native animals and we have no information to indicate there is a “resident population,” she added. Cougars are listed as endangered in Ontario. Kowalski characterized them as “elusive.”

The decades old question about whether cougar prowl northwestern Ontario may have been answered. 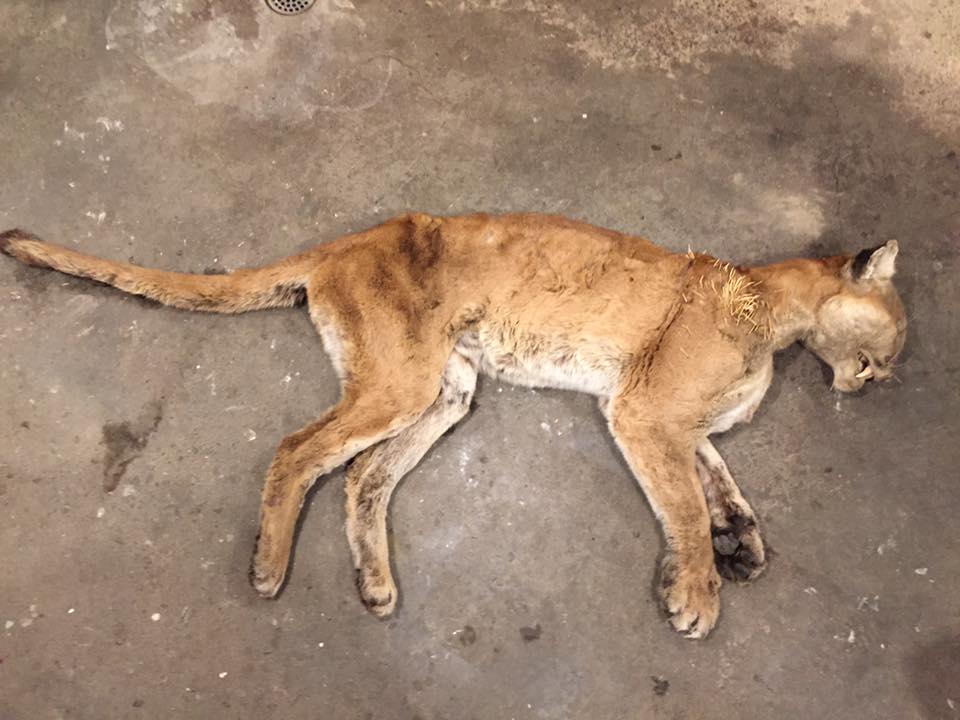 On Saturday March 25, 2017 Mandi Weist, her boyfriend, and two friends were driving on the Boreal Road when they saw a van pulled over. They asked the people in the van if they were ok and they answered, “Yes, but we are just looking at the mountain lion.”

Weist and her friends went to have a look and were shocked to see a cougar partially frozen into some snow. Knowing it was an extremely rare find, they loaded the dead cougar onto their vehicle and brought it into Thunder Bay. They then got an Ontario Ministry of Natural Resources and Forestry (MNRF) confirmation number for it and took the cat to taxidermist Dan Cavicchiolo, who confirmed it was a full grown male cougar.

“It was in really bad shape when I skinned it. Very thin,” Cavicchiolo said. “It weighed about 80 pounds, but it was all skin and bones. It seems like it died of natural causes.” He said the animal had long claws and good teeth — indicative of a wild cat — but was emaciated. 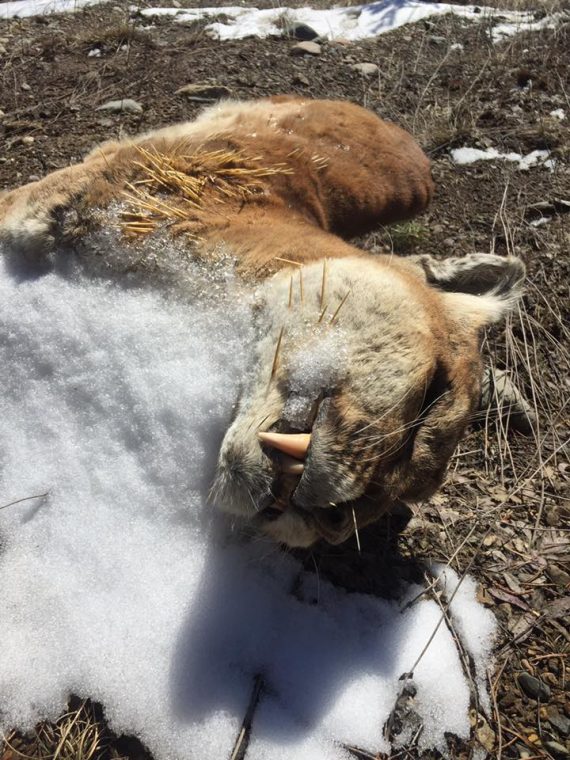 Cavicchiolo removed between 50 and 75 porcupine quills from the cougars shoulder and nose, but found none in its mouth.

Weist said an MNRF Conservation officer went back to the scene of the find with them the following day. He also told them they couldn’t keep the animal because it’s endangered and not legal to have.

Jolanta Kowalski, a communications specialist with the MNRF, said the carcass was in their possession and would be DNA-tested to confirm it was a wild cougar. She said the ministry had not yet decided what would be done with the mount.

While Weist said she and her friends were disappointed they couldn’t keep the mount, they were happy to have possibly helped solve a mystery.

“They said it was the very first confirmed mountain lion carcass in Ontario,” said Weist. “It’s pretty neat. It is a special find.”

Get hunting and fishing news here.