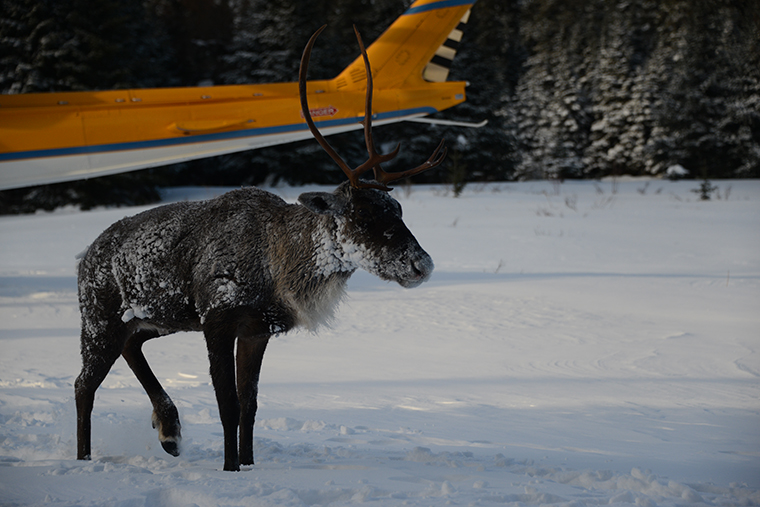 Photos and video provided by the MNRF.

The Ministry of Natural Resources and Forestry (MNRF) put its plan to relocate the depleting herd of caribou on Michipicoten Island into action over the weekend. 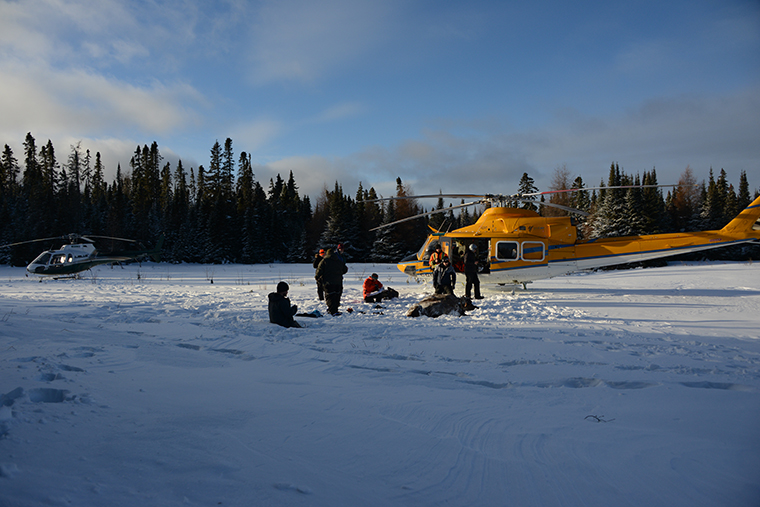 Four caribou were successfully moved by helicopter on Saturday and three on Sunday before operations had to be shut down for the day due to weather. Maimoona Dinani, spokesperson for the MNRF has confirmed crews are continuing to work throughout Monday, Jan. 14.

“We’ll continue to take two to four at a time and move as many as we can,” said Dinani. “We had a busy weekend and are pleased with how the translocation is progressing. We will be continuing our efforts throughout the day to relocate caribou to the Slate Islands.”

How long the crew will be there, however, is not clear. “This is a challenging situation that depends on a number of factors including weather and important safety considerations for both our staff and the caribou,” said Dinani. 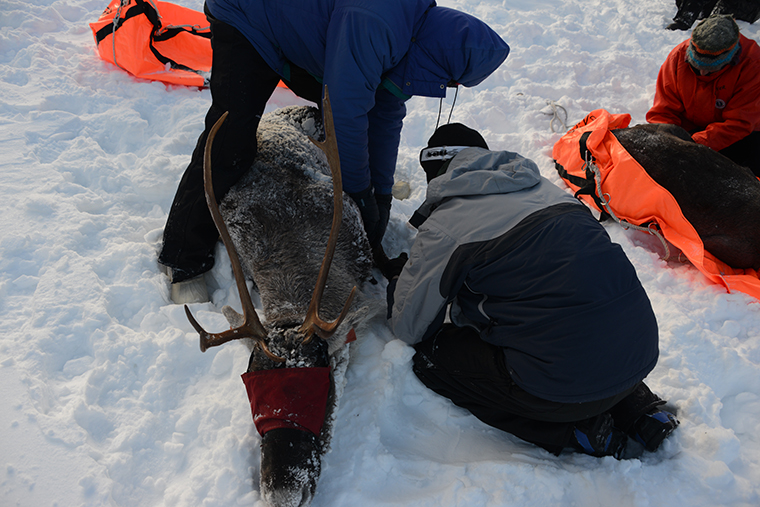 According to a protocol obtained by the Canadian Press, a helicopter hovers several metres above the ground to herd and target the caribou. A member of the capture crew in the helicopter fires a specialized “net gun” at the back of the animal with the hopes that the animal’s legs will be tangled in the net.

Once downed, the animal’s legs are tied together, earplugs and a blindfold are put in place and if the caribou is deemed healthy by a vet and handler, it is collared, sedated, and placed into a type of full body bag that allows the head to stay out.

Dinani said it takes anywhere from three to three and a half hours to complete a single trip, this includes loading and unloading the animals.

A vet on the other end reverses the sedation and monitors the animals while they recover.

The government first announced its plan to move the herd in early December and has been publicly criticized by Michipicoten First Nation Chief Patricia Tangie for not moving the animals sooner.

Wolves are the cause of the herd’s decimation. They came to the island in late 2013 and early 2014 via an ice bridge and have been feasting on caribou since. A 2011 survey of the herd showed 680 caribou on the island. Last year, there were only 120 caribou and about a dozen wolves.

Read more about this relocation here.