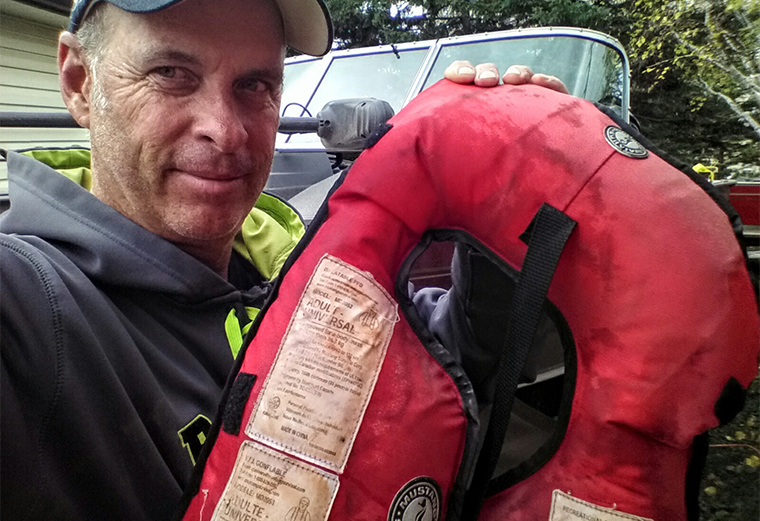 I’ve been a fan of wearing an inflatable personal flotation device (PFD) for at least a decade, likely longer. Before that, I’d worn a variety of PFDs, most on the bulky and uncomfortable side. So when inflatable PFDs became more widely available, they caught my eye.

The less obtrusive size of these life jackets and their overall ease of wear made them perfect for angling. Yes, they were a bit more expensive, but considering the life they could save – mine –  I was ok with that. They became my go-to life jacket.

My first ones required you to pull a strap to inflate them. Eventually I upgraded to auto inflators. According to the specs, they were designed to inflate as soon as you hit the water, but not during even the heaviest rainfall. I never had one inflate on me, even in the heaviest downpours, which was impressive. 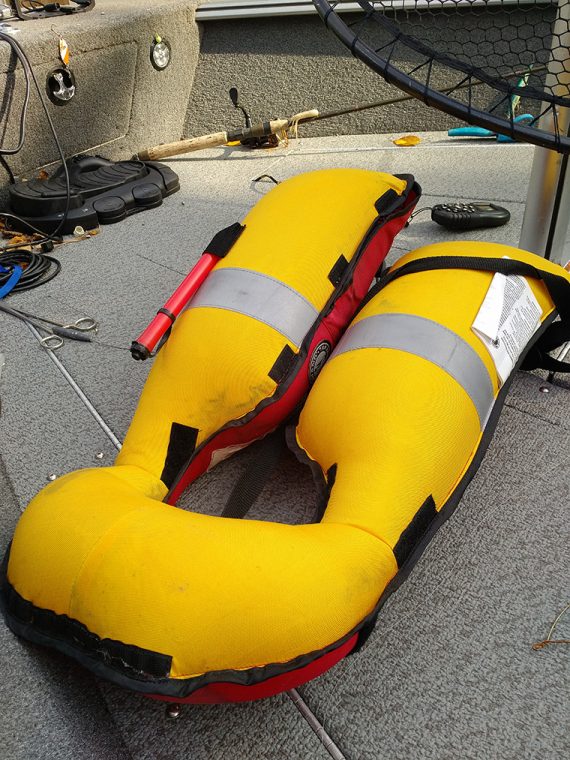 I was often asked by people who saw me in them if I believed they actually worked. My usual reply was, “I sure hope so, but I’d never tested one out.” As it turned out, that would be left to one of my angling partners. The first instance of auto-inflation off the water took place about five years ago.

Putting the PFD to the test

Two young men and I were fishing the Angler Young Angler tournament on the Kaministiquia River in Thunder Bay. It was a smoking hot July day and one of my teammates, Kamden Kennedy, was overheated. The teenager had already shed his shirt, but was still wearing an inflatable PFD I’d lent him. Little did I know Kamden would feel the need to cool off just a bit more.

While messing with a tangled up line, I heard a weird hissing sound and looked up to see what was going on. There was Kamden, completely surrounded by bright yellow plastic. It seemed my partner had dunked his head a bit too deeply into the river and water had found the CO2 tablet that inflates the jacket. We all had a good laugh about this before Kamden switched to a more traditional PFD for the rest of the day.

It turns out when fully expanded, the inflatable PFD is every bit as large as the keyhole life jackets of old. Good for floating a person on the water, but not that comfortable for angling. 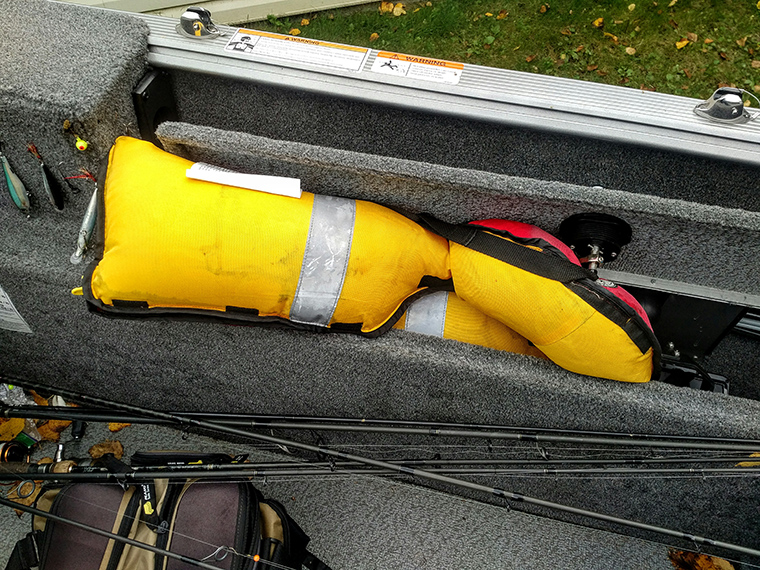 Fast forward to this past summer.  For reasons I’m not entirely sure of, I started getting sloppy with my PFD storage. Generally, I take all the inflatable life jackets out of the boat and put them inside. This habit has served me well.

However, one day as I was prepping for a trip I opened a side hatch and discovered a fully inflated PFD wedged into the hold. An overnight rain storm had drenched the vest and enough water had seeped in to set it off. After some tricky adjusting, I was able to pull the jacket out while grumbling about the $35 cost of the replacement cartridge. Lesson learned, right?

This past weekend, I unloaded the boat after a walleye fishing trip. Somehow I got side-tracked and left a few things on the deck. A torrential downpour ensued. The next morning, I was greeted by the sight of yet another fully inflated jacket laying in the boat in all its epic yellowness. I guess it never hurts to freshen up those cartridges. May you learn from my lessons.

Get the details on Gord’s induction into Fishing Hall of Fame.