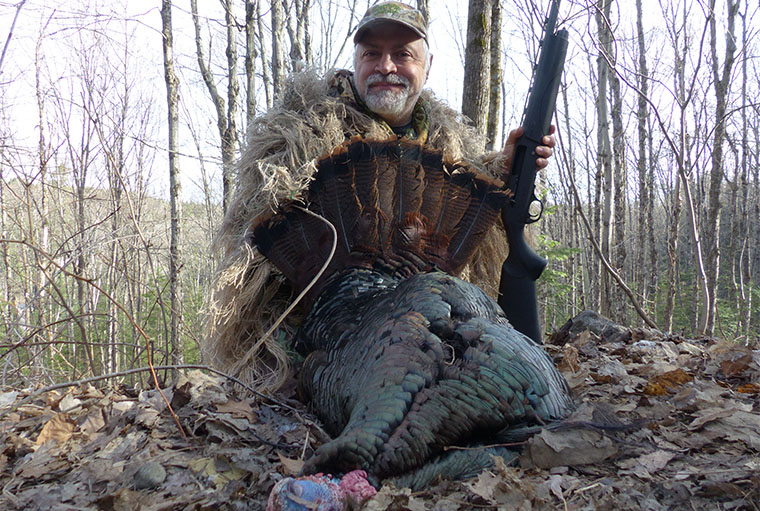 I’m not the kind of outdoorsman who plans on luck, but I have hunted and fished long enough to know that if you don’t have any, you are, well…out of luck.

Whether we like to admit it or not luck plays an important part in hunting or fishing success. It’s certainly not everything, but I’d rather have a healthy dose of it on my side.

Throughout the years, I have had several incidents where a turn of luck has either made or broken a trip.

My favourite one happened years ago while steelheading in a narrow stretch of private water on Wilmot Creek. The water at that part of the creek was more suited to sneaking on brook trout than steelhead in that there was no room to cast or play a fish, but there was just enough space to dap flies.

So when I snuck just upstream of a little pool and noticed a couple of steelhead ahead of a downed log, I thought I didn’t stand a chance. Nevertheless, something – let’s call it desperation – made me try.

So I dapped a fly into the water, let it get carried downstream into the fish, and was soon amazed to see one slurp it in. The next few seconds should have been on video.

I set the hook and the rainbow did small comical circles around the small pool for a few seconds while I, in that confined place, could do nothing but hang on. Then my luck turned for the worse. The fish ran ten feet downstream and jumped though a knothole in a downed log, which was about a foot off the water and no bigger than the size of a dinner plate. My line, of course, went with it.

With that fish in the next pool and my line threaded through a downed log, I figured there was nothing to do but break off the fish. So I put as much pressure on the line as I could. And then my luck changed for the better.

That fish rushed upstream and – I swear to God – jumped back through the same knot hole into the pool I was in and I promptly landed it.

That’s what happens when luck is on your side.

I had a similar, if less dramatic, kind of luck this spring with turkey. I was in place and things were going just fine. Better than fine actually; I had a hen calling within ten feet of me. In a situation like that I shut up and let the professional do her work, which was great until my phone alarm went off.

I was wearing a ghillie suit too, so finding it turned out to be the opening act in a comedy of errors. Needless to say, the hen ran off sounding the alarm as she went.

I thought my hunt was blown so I sat with my back against a tree and starting thinking about where I would go next. Fifteen minutes later, I had it figured out and was ready to move when something – let’s call it desperation – made me give it one more try.

I let out a yelp from my box call. A gobbler responded.

Two minutes later I was wrapping my tag around its leg. The amazing part was that it had come from the direction in which the hen departed. How they missed each other, I don’t know.

Nor do I care.

It was another case of good luck trumping bad – and I’ll take that any time.

Get more insights from Steve here.

All tracks lead to spring