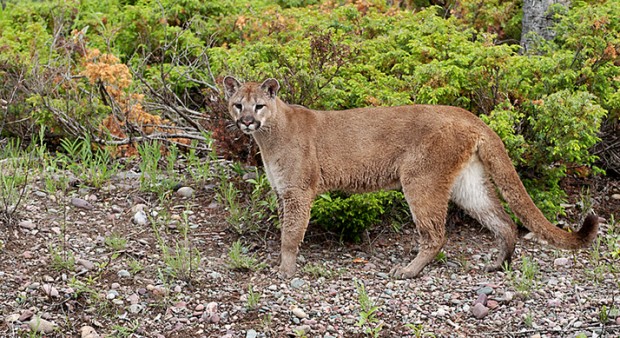 It was first reported to police on Tuesday evening by a resident who claimed he saw the big cat in his driveway (in the Cranberry Lake Road and County Road 23 area) in Alnwick-Haldimand Township around 9 p.m.

Ministry of Natural Resources and Forestry (MNRF) staff were called in on Thursday to set up a live trap in the area.

Cougars have been extirpated from most areas of North America, except for the western mountains and northern tier of the provinces. Ontario’s cougar population is estimated at less than 200. The MNRF have listed it as endangered in Ontario.

– With files from Canadian Press

Rabies cases on downswing but not under control
Tags: Cougar, MNRF, news