Cormorant hunt in the works 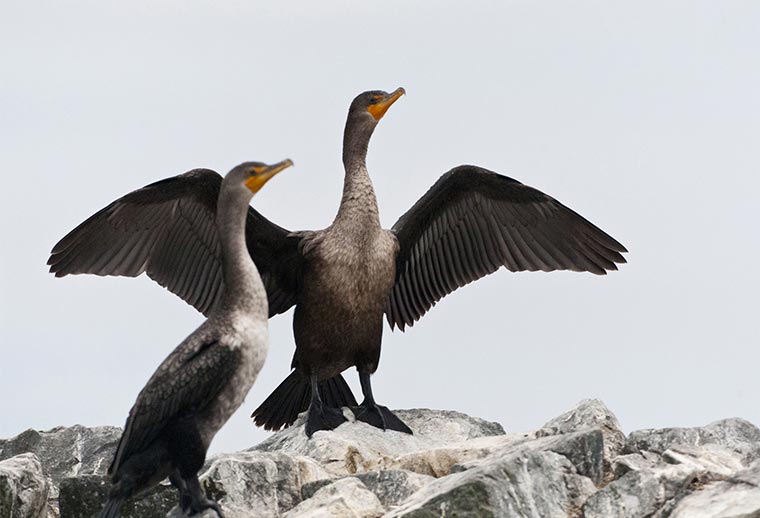 An Environmental Bill of Rights (EBR) Registry Proposal Notice released on Nov. 19 is asking for input regarding a proposed hunting season for double-crested cormorants starting in 2019.

The proposal, if approved, would list the cormorant as a game bird, like ruffed grouse, and allow anyone with an Outdoors Card and small game licence to hunt them during a Mar. 15 to Dec. 31 season. During that season, hunters would be permitted a bag limit of 50 with no possession limit.

This would be accompanied by an exemption that would make small game licences in northern and central Ontario valid from Jun. 16 to Aug. 31 for cormorant hunting. Shotgun and shot size and type would be consistent with those of the Migratory Bird Act and hunting would be allowed from a stationary motor boat.

The Ministry of Natural Resources and Forestry (MNRF) is also consulting on a proposal to amend the Fish and Wildlife Conservation Act, which prohibits anyone who kills game wildlife (including game birds), or who possesses game wildlife killed by hunting, from allowing that meat to spoil. The amendment would add provisions permitting hunters to allow cormorants to spoil, though they would be required to retrieve and dispose of the carcass.

The EBR posting notes double-crested cormorants are abundant in Ontario and says the proposed hunt is not expected to affect their sustainability.

All comments received prior to Jan. 3, 2019 will be considered as part of the decision-making process by the MNRF. Comments can be submitted in writing or electronically using the form provided in EBR Registry number 013-4124, which can be found here.

Ontario Federation of Anglers and Hunters Resources Management Specialist Lauren Tonelli says, “The OFAH has been asking the government for cormorant control for decades, so we are pleased to see action being taken. This proposal would allow hunters to target cormorants, but won’t be effective in areas where hunting is not permitted such as city waterfronts and many protected areas. Without a larger provincial management plan that includes removal of cormorants where they are overabundant, we will continue to see ecological damages.”