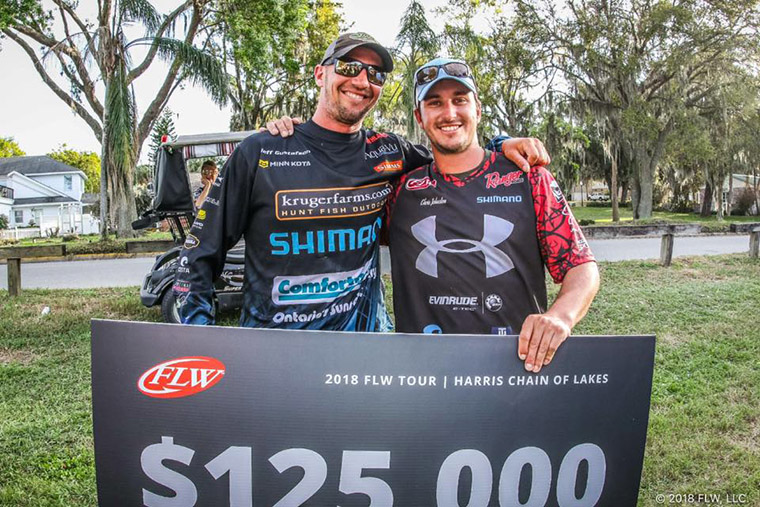 Johnston was quick to acknowledge Gustafson’s critical role in the win. After vaulting to the lead on the second day, on the heels of the tournament’s heaviest five- bass limit weighing 25 pounds, 7 ounces, Johnston’s third day was hitting the skids. By early afternoon and six hours without a bite, Johnston, in an amazing bit of sportsmanship, was waved over by tournament buddy Gustafson to a productive grass flat that held a school of largemouth bass.

No giants were caught that afternoon but Johnston returned to catch the bulk of his winning limit from there. On the eve of the final day, Gustafson gave Johnston a white chatterbait, a key lure for his success. As faith would have it, Gustafson’s bait accounted for most of Johnston’s last-day winning creel.

This is not just a fantastic finish for two close friends but a monumental win, with Johnston netting $125,200 U.S. and Gustafson $30,100 U.S. for their efforts. Hopefully, Johnston will offer a year’s supply of free dinners for Gustafson’s help.