Check your dogs for ticks, too 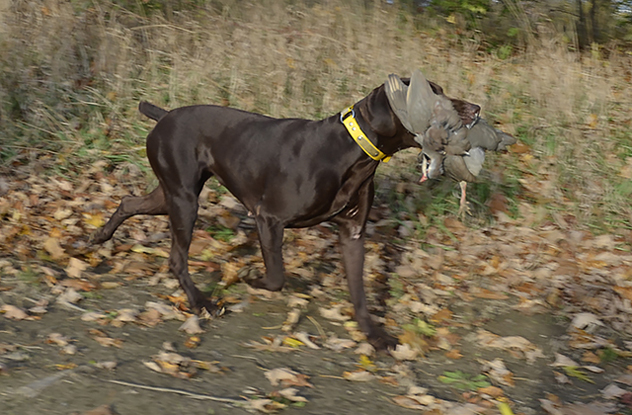 Lyme disease is serious for animals as well as humans

Ranging from the size of a poppy seed to the size of a sesame seed, a black-legged tick (also called a deer tick) is easy to miss, especially on fur-bearing animals.

The first confirmed case of black-legged ticks carrying Lyme disease in Ontario was discovered on a white-tailed deer at Long Point in 1992, with reports of cases going back to the 1980s. Since then, they have spread across the province.

A tick has a four-stage life cycle, starting with an egg that hatches into a larva, becomes a nymph, and then an adult tick. Ticks need to feed on blood for this growth to happen. It is during this feeding process that adult ticks and nymphs can transmit diseases from one host to another.

Only nymphs and adult ticks can infect pets and humans with Lyme disease, and currently only black-legged ticks can transmit Lyme disease in Ontario. 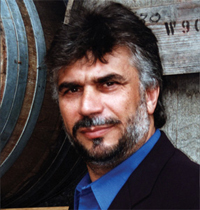 While out training his dogs in conservation areas across Canada, a tick attached itself to Magnotta and passed along the Borrelia burgdorferi bacteria, one of the strains that cause Lyme disease.

It took four years and consultations with doctors from Germany, Canada, and the United States before Magnotta was properly diagnosed. By that time he was suffering from balance issues and eye problems.

The disease advanced to the point where Rossana, his wife, had to physically hold her husband up, and he was no longer able to speak or eat.

After Gabe’s death in 2009, Rossana created the G.Magnotta Foundation in an effort to establish Canada’s first research facility studying Lyme disease. The province recently passed Bill 27 to direct resources towards the prevention of vector borne diseases like Lyme disease.

Populations of black-legged ticks carrying Lyme disease in Ontario are a growing concern and outdoor enthusiasts need to take preventative measures for their pets and themselves.

Ticks are active in temperatures above 4°C according to a Q&A handout created by the Canadian Veterinary Medical Association. Warmer temperatures in Ontario mean more ticks.

If your dog spends time outdoors there’s a good chance it could pick up a tick. According to the Ontario website, it’s possible to pick up an infected tick almost anywhere in province, even if the probability is low in that area.

According to PetSmart veterinarian Dr. Simon Starkey, ticks enjoy woody, undisturbed areas such as leaf litter piles and grass clippings. They also frequent shrubby vegetated areas and forested/wooded areas that protect them from the elements.

“It takes at least 24 hours, minimum,” for a tick to transmit the disease to its victim, said Dr. Starkey, “in some cases up to 53 hours.” Early detection and removal is key.

Ontario OUT of DOORS gun dog columnist Tom Goldsmith has pulled ticks off his own dog and others’ pets.

“Typically you don’t notice them because they are so tiny; they bury their head in the flesh and their bodies begin to swell as they gorge on the blood of the animal. When you actually see it, it looks like a bit of a skin tag.”

“If I were to find a tick in a dog, and the area around the tick was inflamed and in any way showing stress; swollen or red, then I would take the dog to the vet, for sure.”

Experts suggest if you discover a tick on your animal, carefully remove it using tweezers or a tick removal tool, without crushing the body. The Canadian Lyme Disease Foundation has a helpful video explaining how to remove the tick safely.

After removing it, save it in a vial for your veterinarian. CanLyme has tick removal kits (for humans too) available for purchase that can be thrown into a backpack or purse.

Dr. Starkey says Lyme disease in dogs can cause a range of symptoms including periodic lameness, swollen joints, fever, lethargy and a lack of interest in food.

Some dogs may not develop symptoms until several months after infection, and some symptoms can develop into heart and kidney diseases and central nervous system disorders.

However, humans are more likely to develop disease after being exposed to Lyme disease than dogs are, according to a Canadian Veterinary Association Q&A.

Goldsmith says while he doesn’t take his dog to the veterinarian every time he finds a tick, he will in certain circumstances.

“If I were to find a tick in a dog, and the area around the tick was inflamed and in any way showing stress; swollen or red, then I would take the dog to the vet, for sure.”

However, Lyme disease is not always detectable in blood work for up to six weeks after tick exposure.

When returning from outdoor activity examine your dog for any ticks. The tick bite is painless and your dog will be unaware that one has attached. Goldsmith checks his dogs for thorns, abrasions, and ticks after every hunt.

“They can bite anywhere, but I look particularly at the deep dark places: arm pits, groin, and ears.” On rare occasions dogs can act as tick carriers and transfer them to humans.

Both Dr. Starkey and Goldsmith recommend topical products to protect your canines from ticks. These distribute oil over the dog’s body and work effectively to repel and kill ticks.

“Ideally you are looking for a product specifically calling out the black-legged tick,” said Dr. Starkey. Goldsmith also uses oral medications to protect his dogs. These kill ticks by absorbing into the dog’s bloodstream or the tissue under the skin, and poisoning ticks when they try to feed.

As ticks spread across Ontario and the number carrying Lyme disease increase, taking preventative measures can ensure you and your dog have a safe outdoor experience.

On guard: the facts about Lyme disease