Where are the frogs? 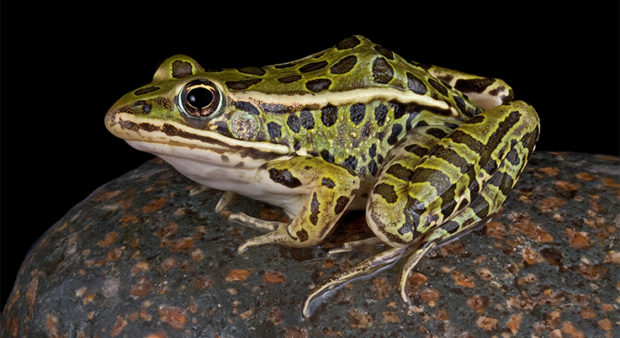 Like many of you reading this column, much of my youth was spent outdoors. Every free moment was used to explore the wilderness and poke around water. Fishing was usually the main reason. Endless hours were spent chasing bass, brookies, rainbows, or pike.

Despite this fever for fishing, another pursuit ran a close second, forays north of the Trans-Canada Highway for frogs and other amphibians. Frogging was serious excitement.

Even in the early 1970s, there were few good destinations for amphibians close to my home in Thunder Bay. Most ponds were already drained or filled in during the housing boom in the 1960s. One small lake, however, was bike accessible and full of frogs. It was just a big swamp back in the bush, not far from an old mine site. It required a solid hour of bike riding to reach this amphibian Nirvana, but it was usually worth the trip.

The lake was weedy, shallow, and edged by floating bog. It was also crazy with critters. There were water bugs, sticklebacks, snapping turtles, and frogs – lot’s of them. I’d scoop up frogs and tadpoles with a butterfly net and closely observe them, slipping prime specimens into a jar and then a backpack for the ride home.

For much of my childhood, frogs, toads, and newts ruled my bedroom. There were tanks full of them. I found amphibians endlessly fascinating and watched them for hours. They were such simple creatures, yet so remarkably efficient at surviving in the Ontario wilderness.

An awe-inspiring transformation
The frog’s life history is incredible. This miracle was experienced over and over, thanks to prodigious egg collecting. I’d scoop dark, gelatinous egg masses from the edge of the lake and raise them. The tadpoles would hatch. The tiny, dark creatures could sustain themselves and grow by eating algae and other vegetable matter. Over the course of weeks, the tadpoles would get bumps, then full-blown legs and arms. Soon, they were visibly becoming frogs.

The lineup
Over the years, I learned to recognize the various frogs in Ontario. There’s the wood frog, a denizen of the forest, usually sporting many shades of brown. It has something akin to a bandit’s mask on its face and can be found just about everywhere in the bush, often far from water.

Spring peepers make themselves known in April, when the ice moves away from the edge of the shore. As soon as it becomes even moderately warm, peepers strike up the band. The high-pitched chirps can be heard well into the night. The singing only stops when it gets so cold that ice starts to form again.

Many childhood days were spent staring into ponds, trying to spot the tiny frogs making so much noise. Peepers are masters of disguise. In the north, many of us know that when the peepers are chirping, the walleye are spawning.

Leopard frogs are the most elusive. Fleet of foot and perfectly camouflaged in green and yellow, they were once a familiar sight in high-grass swamps and near trout creeks. When startled, leopard frogs fly out of the grass and dive into the water, usually burying themselves deep in the mud. It was tough to catch one. You had to have quick hands.

The problems
Sadly, many kids these days haven’t had the chance to experience frogs. Some have never seen one in the wild. In parts of Ontario, places once thick with frogs are nearly devoid of them. I’ve not seen a leopard frog in a decade. Where did they go? Sure, there are lots of places in Ontario with plenty of frogs. They’re far from extinct. Yet, there are troubling signs all is not well in frog land.

For reasons not well understood, frogs and other amphibians are on the decline around the world. It’s thought that a third of the frog species on earth are in danger of extinction.

Frogs are incredibly sensitive to pollution and can’t abide bad water. They need wetlands, a commodity becoming increasingly rare as urban sprawl expands into the wilderness. There also seems to be a connection with frog mortality and increased UV rays. Whatever the reason, frogs are not as common as they used to be around the world and are noticeably declining in parts of Ontario.

Why care?
Due to their sensitivity to the environment and the semi-permeable nature of their skin, frogs are the proverbial “canary in the coal mine.” If they can’t survive in the present environment, it’s not good news for the rest of us.

Frogs are also a key part of the natural food chain, as nearly everything eats them. Plus, they consume large amounts of insects, including blackflies and horseflies. Fewer frogs equals more bugs.

Most of all, the world would be a sad place without the music of frogs in it. I can’t imagine a spring without the sounds of peepers.

Not all the news is bad. The plight of our web-footed friends isn’t being ignored. FrogWatch, a Nature Canada programme, allows participants to help scientists monitor Canada’s frog populations. All you have to do is listen for frogs calling at a pond, at the cottage, or in your backyard on a number of evenings. You then record your findings on a FrogWatch data form and submit results to your provincial or territorial FrogWatch co-ordinator. The whole family can take part in this backyard science.
It might seem like a small thing, but knowing where frogs are numerous helps scientists figure out why they’re scarce elsewhere.

Here’s hoping frogs continue to be a part of the natural environment.