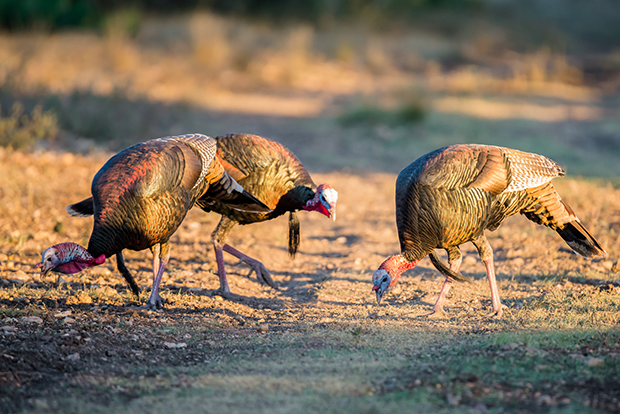 Ontario’s wild turkey hunting season will look a little different now that proposed changes have been confirmed for January 1, 2017 implementation.

On Sept. 19, the Ministry of Natural Resources and Forestry (MNRF) posted a proposal on Ontario’s Environmental Registry that would alter the wild turkey hunting regulations. The post was open to public comment until November 3.

The changes standardize April 25 as opening day for the spring wild turkey season. Previously, when this date fell on a weekend the season start was delayed until the following Monday.

The proposal also called for the elimination of the separate wild turkey hunter education course. Instead, the course content will be incorporated into the Ontario Hunter Education Program that all new hunters must pass.

Other changes included allowing hunters to use size 7 shot. Previously, only shot sizes 4, 5, and 6 were legal. A proposed spring season will open in Wildlife Management Unit (WMU) 36 and a fall season in WMU 94. As well, a bows-only season is confirmed from October 1 to 31 in all WMUs that have a fall season. Gun seasons in those areas will remain unchanged.

Lastly, the proposal called for a clarification of the minimum bow weight required to hunt wild turkey. The weight will be clarified in the regulations to match the requirements for white-tailed deer (e.g. minimum draw weight and length).

The news of the proposed changes was hailed as positive by the Ontario Federation of Anglers and Hunters (OFAH).

“More than 1,300 turkey hunters responded to an OFAH survey in April, providing great feedback that clearly showed a high level of satisfaction with turkey management in Ontario, while also identifying some opportunities for improvements,” said OFAH Fish and Wildlife Biologist Dawn Sucee.

“The OFAH is happy to see some of the opportunities identified by hunters reflected in the current proposal, but we believe there are many other sustainable enhancements that can be made to wild turkey management beyond the current proposal,” added Sucee. “We will continue to pursue other important topics including youth hunting opportunities, licence fees, sealing requirements, reporting improvements, and habitat.”

To read the full proposal visit https://www.ebr.gov.on.ca/ERS-WEB-External/ and search for EBR Registry number 012-8597.