It was 5:05 a.m., legal hunting time, and we were set up. Brandon Skalin  had barely finished his first strike on the slate call when a tom sounded off, loudly, not even 60 yards away. When we heard him drop, Skalin switched to a mouth call, and hunter and bird exchanged calls until we saw the tom break through the tree line and sprint right for the decoys. 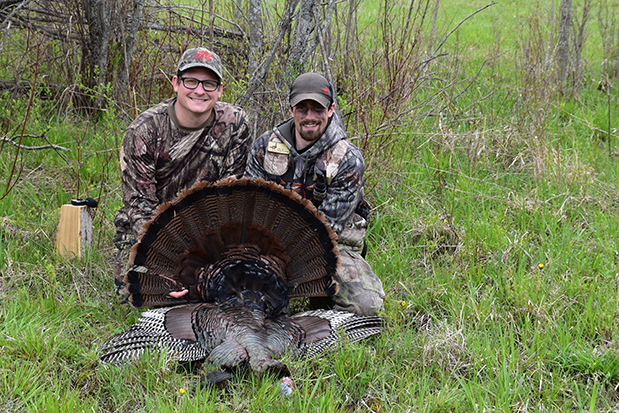 What made us so successful that morning? Well, having an expert caller certainly helped, but also using the right calls at the right time.

Skalin, who is a pro with Capital Waterfowling, used a combination of slate and diaphragm calls to produce the tree yelp, standard yelp, and cut.

Using both tools at the same time made it sound like there were two hens, which enticed the big tom to run toward the decoys.

He started the hunt off with a subtle tree yelp, which is a call used by a hen first thing in the morning. The tom immediately responded with a gobble. The tom responded so well to the tree yelp, we knew it wouldn’t be long before he showed himself. 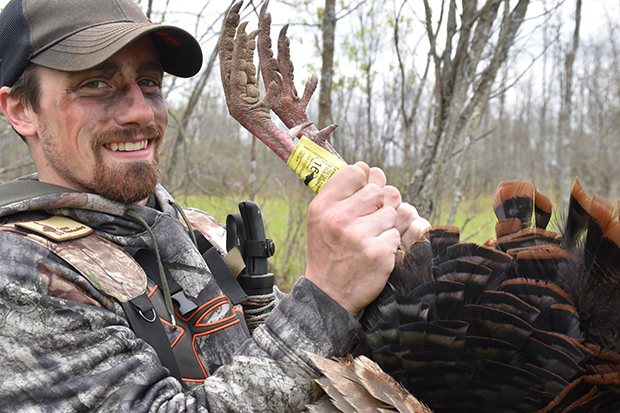 The next call was the standard yelp, which is the call people most commonly associate with wild turkeys. Since we knew the tom was already interested we didn’t have to use the standard yelp for long before he emerged from the hardwoods.

The third call was the cut, which is used to call when the tom really needs convincing to come out of his roost and pursue a hen. We were fortunate enough to bring in a tom that morning with just the tree and standard yelp calls, so we didn’t use the cut until later in the day.

As the video above attests when using these calls in proper succession, you too can have a successful hunt targeting those late spring birds.