The ducks of Walpole Island 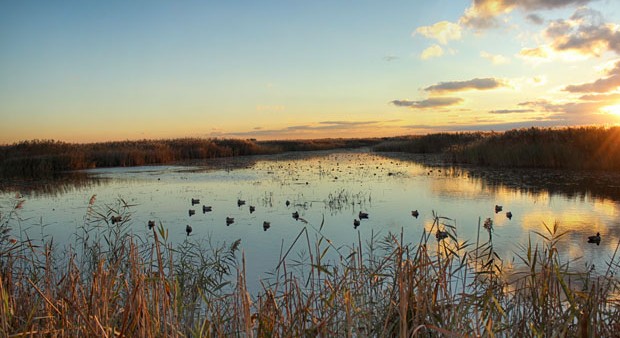 I felt kind of giddy as I marked the date on the calendar. I’d been fortunate enough to experience hunts at exclusive clubs like the Walpole Island Rod and Gun Club (WIRG), but it would be the first for my father, John.

CHECKLIST
– Camouflage coat and rain gear
– No. 2 and 4 steel shot or
– No. 4 and 6 non-toxic
– All applicable licences
– A good retriever

The club encompasses 3,000 acres of leased land, mostly marsh, on the east side of the Chematogan Channel on Walpole Island.

Not only is the WIRG marsh impressive to behold, it is surrounded by thousands of acres of similar habitat and excellent farmland, all contributing to the abundance of migratory birds that travel through this corridor.

The program
Standard operating procedure at the club is to arrive mid-afternoon for an evening hunt, dine on a fine home cooked meal, retreat to the comfort of private rooms for the night, and then rise for a morning hunt the following day.

We arrived on a particularly rainy afternoon in late October. After fueling up on snacks that had been set out in the lodge, we headed to the dock to meet our guide, Mike “Finny” Williams.

We threw our gear in a roomy 25-hp steel boat and were soon navigating a maze of cattails along a corridor groomed for boat travel. We passed several ponds on the way to the blind we would hunt for the evening.

Decoy set-up, retrieving duties, and duck calling were all handled by our guide, but of course I had my calls handy to chime in when needed. It was a vastly different experience for me, as I’m usually the guide.

In addition, I’m used to seeing a lot of ducks, most of which don’t give me the time of day. At the WIRG, we saw fewer ducks than I expected, but those we did see came in for a pretty close look.

Widgeon and ring-necks teased us initially, but before long I made a nice shot on a dandy greenhead. We settled for a mixed bag the first night with widgeon, mallard, ring-necks, and a couple of gadwalls.

When we returned to the lodge there were drinks and appetizers waiting for us. We mulled over the evening’s hunt and heard from other hunters about their outings.

It would seem we had the short straw that night, as the other groups had limited out on mallards. After a meal of pork chops, mashed potatoes, and green beans, Dad and I enjoyed a big slice of homemade apple pie.

Then, over an evening libation, I read hunting reports from the log book and before long, was tucked in bed with ducks on the brain, anxiously awaiting the morning hunt.

Morning mallards
Early the next morning, we headed to a pond adjacent to Goose Lake, a substantial body of shallow water. It didn’t take long for birds to begin tipping down through the cattails and towards the decoys.

Our shooting could have been better and the thick phragmites that surrounded the pond made it tough to retrieve down birds, but the opportunity to harvest a limit was there and most of our birds were the mallards we were after.

My dad was pleased with the entire experience, especially the high quality of the hunting and the luxury of staying at the lodge. We both do a lot of duck hunting on our own and thoroughly enjoyed having a guide do the work for us.

For me, the most impressive aspect of the hunt was the marsh itself. Though I’ve hunted quite a bit in southwestern Ontario, I’ve never seen such an expansive marsh.

I was also blown away by the pair of geese our morning guide Darryll “Butch” Dodge called in without the aid of a call. There wasn’t even a goose decoy in the pond and the Robo was going, yet he managed to pull back a pair of geese that had already flown by. It was something to hear and behold.

Managed marshes and membership
The WIRG is leased from the Walpole Island First Nation by Debot Farms (Wallaceburg). Although the WIRG is a relatively new entity, this parcel has been leased as a duck-hunting club for nearly 100 years.

Chad Debot and Theresa Childs oversee the operation and membership, and by agreement, use a native guide for all guided hunts on Walpole Island. Both of our guides had years of experience.

The benefit of hunting a managed marsh is that it increases your chances for success, particularly on less than ducky days. And, there are over 30 blinds to choose from. The WIRG operates on a quarter, half, and full membership model.

A full membership is 20 visits or 40 hunts, along with meals and lodging. It’s perfect for those looking for exclusive hunting privileges at a reasonable price. 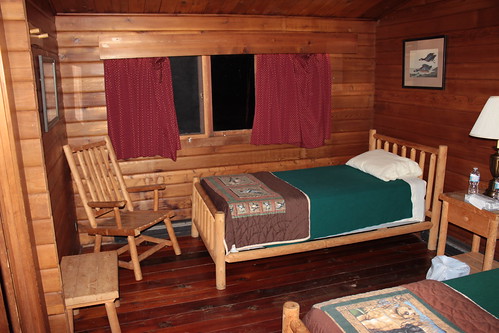 This article originally appeared in the Ontario OUT of DOORS 2014 Hunting Annual. To see more stories like this, subscribe to OOD today.