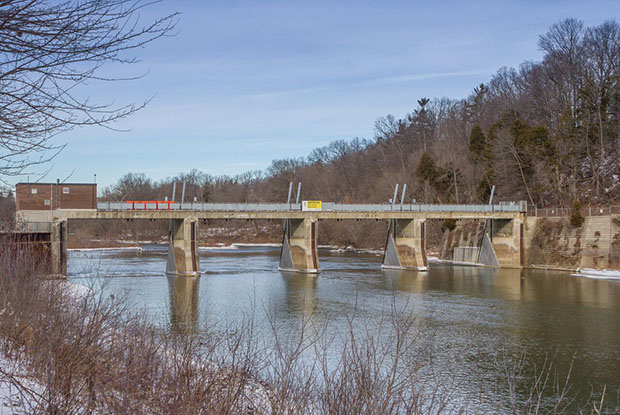 The issue of the London Springbank Dam on the Thames River is back.

The old dam was damaged in a storm and decommissioned in 2006. A new dam was built, but during testing on it in 2008, bolts on one of the gates sheared and the MNRF ordered the gates left open.

The city sued the construction company, and the company paid $3.8 million in an out-of-court settlement 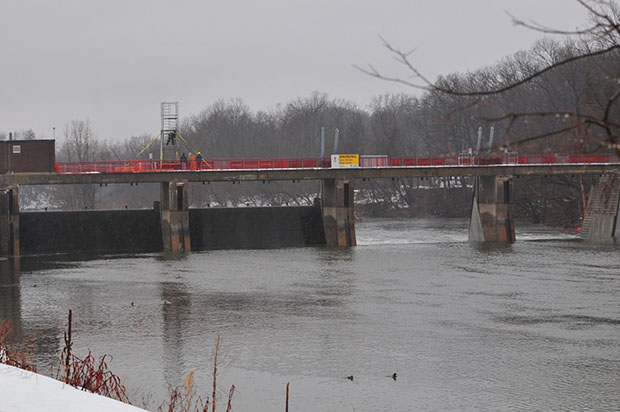 t last fall, with no admission of liability.

Debate over the dam continues, however. The main proponent for a functional dam has been a local rowing group. Angling and environmental groups oppose a functioning dam.

The issue has become more complex since the waters behind the dam are now home to two endangered species, the wavyraid lampmussel and the eastern spinyshell turtle.

Robert Huber, president of the Thames River Anglers Association (TRAA), believes fixing the dam will create a barrier to fish, in a what he called an amazing fishery, proven by the fact that a muskellunge was caught at the forks of the Thames.

“It’s only there because the dam is open,” he said.

Huber contends repairs funded by city taxpayers would only benefit the few who row.

Groups lining up behind the TRAA include the Ontario Federation of Anglers and Hunters (OFAH), Trout Unlimited, the Ontario Rivers Alliance, World Wildlife Fund, and a native group downstream.

OFAH biologist Tom Brooke pointed to an Environment Canada and Climate Change commitment to reduce phosphorous loading in Lake Erie by 40% to reduce blue-green algae. He said the Thames is one of two big sources of phosphorous on the Canadian side of the lake. If the dam were in place it would hold back nutrients that would, “…make the perfect soup for the production of blue-green algae.”

“On one side, the Canadian government is trying to reduce phosphorous loading, and on the other side, the City of London is looking to reopen a dam that would exacerbate the problem,” Brooke said.

As of April 4 the issue remains unresolved, although London Mayor, Matt Brown, has made a commitment to fix the dam. Though it doesn’t play a part in flood control, he believes it helps create a pleasing riverfront and other recreational opportunities.