Do we need mandatory harvest reporting? 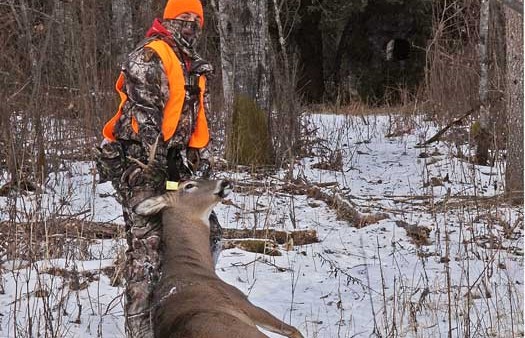 It was interesting to listen to the reaction of Canadians when the federal government scrapped the mandatory long-form population census.

Many feared that voluntarily-provided data would not be useful or reliable, while others argued that the information would continue to be informative and valuable. Both sides noted that few, if any citizens, had ever been charged for failing to report.

It was a fascinating debate because it parallels the ongoing discussion amongst Ontario hunters, biologists, and wildlife managers with regards to mandatory hunt reports.

Why mandatory?
Linda Dix-Gibson, project biologist with the Ministry of Natural Resources (MNR) explains why some hunt reports are mandatory and others are voluntary. “When hunter numbers are low [for a species], we need to hear from a high proportion of hunters in order to calculate a statistically valid estimate of the harvest at a WMU level. When hunter numbers are high, we need to hear from a lower proportion of hunters and therefore send questionnaires to only a sample of hunters.”

Knowledge of harvest levels is part of the effort to ensure wildlife populations are managed sustainably. Managers also like to have population data — knowing how many animals there are helps them set an appropriate harvest level. But it’s not always easy or cost- effective to get population information, particularly for secretive species such as bears and wolves. Harvest information from hunters can, at a minimum, help track trends.

It might seem that mandatory reporting would provide better, more reliable information, than the voluntary equivalent. However, that’s only the case if hunters are actually filling out reports and being truthful. Lack of enforcement for non-compliance is another issue, despite the large number of mandatory reports that obviously are not being submitted.

Responses
The Ontario Federation of Anglers and Hunters (OFAH) recognizes the need for harvest data and encourages hunters to provide information about their hunt when it’s requested. Mark Ryckman, OFAH senior wildlife biologist says there are several reasons some hunters fail to fill out the questionnaires. He cites the quick reporting timeline for turkey harvests as an example.

“We’ve heard from hunters who didn’t report their harvest because they missed the deadline of noon the day after taking a turkey. Then they were afraid to report at all because of the fear of what might happen.”

Ryckman says that regardless of whether a hunt report is mandatory or voluntary, there are 2 major issues managers wrestle with when doing the analyses. “If people simply don’t respond, it’s relatively easy to come up with reliable information using the reports that are submitted and correcting for those that aren’t with non-response bias statistics. But when there is intentional falsification of data, that’s not only impossible to correct for, it’s difficult to quantify in the first place.”

Use of information
A report by the United Nations Environment Program and others examined reporting on worldwide environmental sustainability issues, and used the term “carrots and sticks” in reference to voluntary and mandatory reporting. The report concluded that a combination of approaches was the most appropriate way forward.

I think most hunters understand that harvest information is needed for good wildlife management. However, there seems to be a significant level of mistrust between hunters and government, likely because of issues such as the federal firearms registry and the cancellation of the spring bear hunt, and a perceived bias against hunters. As a result, many are suspicious and wary of governments asking for information. Improving trust on both sides will be a challenge.

There needs to be a re-examination of the whole issue of voluntary and mandatory hunt reports. If there truly is a need for mandatory reporting, then there should be a process to ensure such reports are submitted, with appropriate penalties for non-compliance. Otherwise, voluntary reporting should suffice.

First published on the 2014 January-February issues of Ontario OUT OF DOORS. Subscribe.