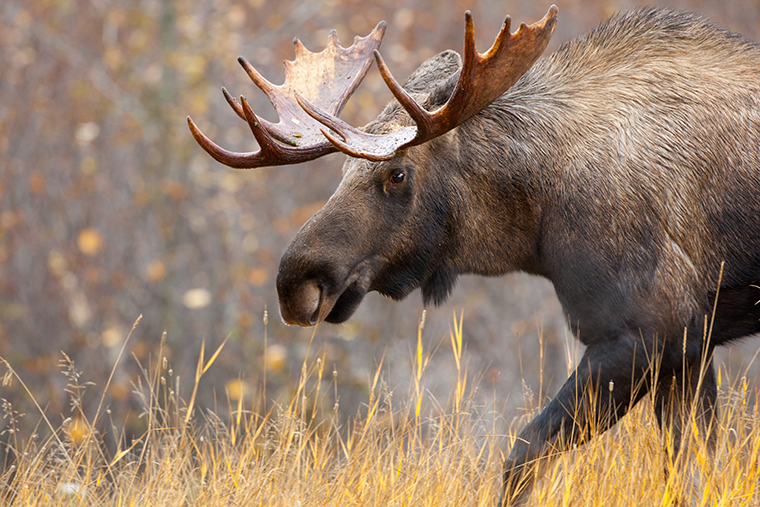 The phone line was temporarily disabled after the vendor who handles the process realized an incorrect file had been posted. The automated-telephone service was back online with correct results at approximately 2:50 p.m. that day.

MNRF Senior Media Relations Officer, Jolanta Kowalski, says that 259 hunters received incorrect information regarding their success in the draw as a result of the error. “The MNRF contacted all individuals affected that we had valid contact information for,” said Kowalski.

Kirk Goldthorp of Oro-Medonte Township was one hunter who initially received incorrect information after calling the line on the morning of August 1.

He is the group leader of 15 moose hunters who hunt in WMU 50. “I was told that I was not successful, but that a group member was issued a bull tag in WMU 50,” said Goldthorp.

He says he discovered there appeared to be an error after he held a meeting with the group and no one possessed a bull-validation tag.

He then called back to the MNRF automated line on August 6 to discover that the message had been changed and no one in his group had been successful.

Confused by the contradiction, he called the MNRF main switchboard the next day and was placed on hold for nearly an hour before being directed to a staff member involved in the draw.

“They were understanding. At that time they told me there were other people that expressed concerns, and it was being raised at the Minister’s level,” he said.

He also spoke to a staff member at MPP Doug Downey’s (Barrie—Springwater—Oro-Medonte) office and the MNRF after that. In both cases, he requested either a refund of money for the draw or a bull tag issued for the group.

On September 11, he received word from the MNRF that neither request would be accommodated. A spokesperson for the Minister of Natural Resources and Forestry, Jeff Yurek, said, “It would have been inappropriate for the Minister to intervene.”

On September 12, MPP Downey’s office told him “You won’t get any money back unless you can prove you booked hotel rooms, etc. as a result of the error.”

Goldthorp said he is concerned because he never received an initial call to correct the error but also because he feels customer service was lacking in the process. “I’m a customer and they made an error and I’m not satisfied by the resolution.”

Ontario Federation of Anglers and Hunters Manager of Policy, Mark Ryckman, said, “Every year there are some avoidable technical issues with the moose draw itself and/or the surplus moose-draw telephone line. We are in constant contact with the MNRF to communicate the concerns of anglers and hunters. The system has improved a little bit but there are improvements that can still be made.”