by OOD in partnership with Quebec Outfitters | August 1, 2018 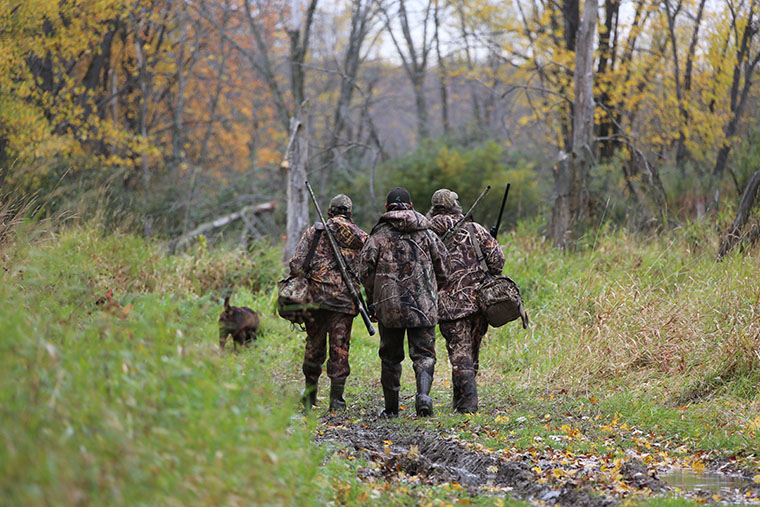 With the exotic Arctic regions of Quebec’s Far North, farmlands just outside Montreal, and the whitetail mecca that is Anticosti Island, Quebec hunting offers exciting, affordable opportunities in all regions.

To Quebec residents, moose hunting is nearly a religion. They make annual pilgrimages to deep-woods camps, steeped in tradition.

During the rut, hunters use moose calling. But for the rest of the season, residents primarily hunt secretive areas in elaborate blinds maintained by generations of hunters. 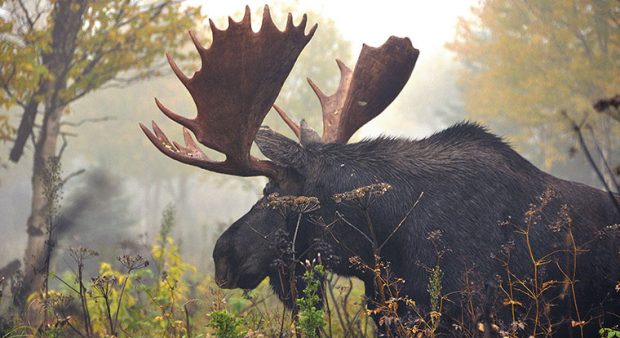 In the forested regions of Quebec, moose hunting is open to non-resident hunters through outfitters.

Compared to hunting moose elsewhere in Canada, Quebec adventures can be more cost effective as many outfitters offer drive-to camps. This eliminates the considerable cost of flying all the harvested meat back home.

For non-residents of Quebec, using an outfitter is required to hunt big game. Even if it weren’t mandatory, moose hunters would be well advised to use them, as hunting zones and licensing requirements are complicated.

In most cases, a group of hunters applies for a single moose tag. Quality outfitters have the best handle on how this system works and where the best chances to draw a permit can be found.

Black bear are plentiful throughout Quebec. Outstanding hunting is within an easy day’s drive of much of Ontario. Leave home in the morning and you can be hunting in the afternoon.

Quebec offers great spring hunting seasons in May and June as well as a fall season.

Quebec’s bear hunting is done over baits near tree stands or blinds. Even if it were legal for non-residents to hunt bears without an outfitter, it isn’t practical as quality outfitters maintain dozens of sites scattered over hundreds of miles. 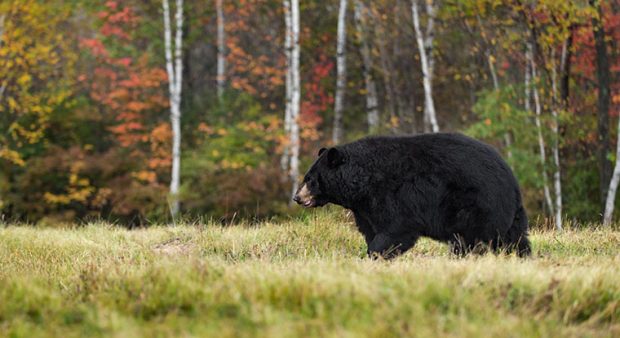 Spring bear seasons, in particular, coincide with outstanding fishing. Pike, walleye, and bass are plentiful in the southern half of the province so hunts are frequently based out of lakeside resorts with cabins or lodges.

With long late-spring and early-summer days, you can spend morning and midday hours catching limits of fish. Following an afternoon nap and an early supper, you can be sitting in a bear stand at prime time from 5:00 p.m. until dark!

Bear-hunting licences are sold in Quebec over the counter in unlimited numbers. But non-resident hunters are limited to one bear per year, whether taken in the spring or fall season.

That means, if your tag goes unfilled in the spring, you can return in the fall for a second chance.

Whitetail-hunting opportunities are found in many of the southern and eastern regions of Quebec. But the most popular and well-known deer hunting is on Anticos 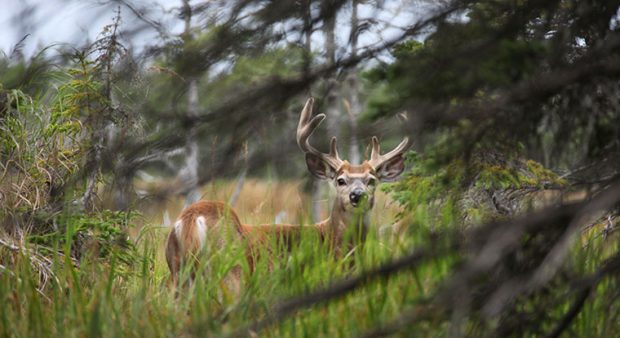 Thousands of hunters make the trip to the island each season to experience deer hunting unlike anything else in North America.

Anticosti Island is approximately 70 miles long and 36 miles wide across its centre. It sits in far eastern Quebec, squarely in the mouth of the Gulf of St. Lawrence.

Facing southeast from Heath Point on the eastern tip of the island, you are truly looking into the Atlantic Ocean.

On the island’s western end is the small town of Port Menier. Here all hunters arrive by air.

Though whitetail were not originally found on Anticosti Island, they flourish there today. The original stock of 220 deer were released in the late 1800s. Henri Menier, French adventurer and candy man, brought them over to establish his own private hunting preserve.

Today, nearly 200,000 whitetails inhabit the region. The history of the island and its deer is fascinating and worth an added day or two stay in Port Menier to discover.

If you’ve dreamed of big-wood whitetail hunting, Anticosti is your paradise.

While traditional stand hunting is available, still-hunting, glass, and stalk-hunting on enormous bogs are the reason you come here to hunt. You can have a guide at your side at all times if you like, or elect to hunt solo.

Your outfitter will provide a map of your private hunting sector, a bag lunch, give you a ride to a drop-off point, and pick you up again at dark.

Deer hunting season on the island

The deer season on Anticosti runs long — from the start of September all the way until Christmas. Early-season hunting affords a rare opportunity to take a northern buck in full velvet.

The December hunt, particularly in years of good snow, creates a one-of-a-kind deer-hunting scenario — glassing and stalking bucks on the beach! As snow piles up on th

e interior of the island, Anticosti’s deer migrate to the seashore where they feed on kelp washed up by Atlantic winter storms.

While fly-in-only access to Anticosti is considered in the value proposition, outfitters on the island offer a complete range of accommodations.

It’s possible to hunt Anticosti nearly on your own from a cabin to which you bring your own groceries and do your own cooking.

At the opposite end of the spectrum are luxury lodge accommodations, many of which include a private French chef and housekeeper!

Quebec is an underrated paradise for wing-shooters. Providing bargain-priced hunts for waterfowl and upland birds, including world-class gunning opportunities.

The St. Lawrence in Quebec is the only place in North America you can experience duck hunting from a traditional sinkbox. A few hard-working watermen still offer this in-your-face diver and sea duck hunting.

There’s also terrific hunting for a variety of grouse species including ruffed grouse, spruce hens, willow, and rock ptarmigan. But the bird that draws many hunters from Europe is the woodcock.

Large numbers of timberdoodles migrate through Quebec and along the St. Lawrence every fall. They seem to hold here longer than in many other areas. You can hunt them successfully even into early November. 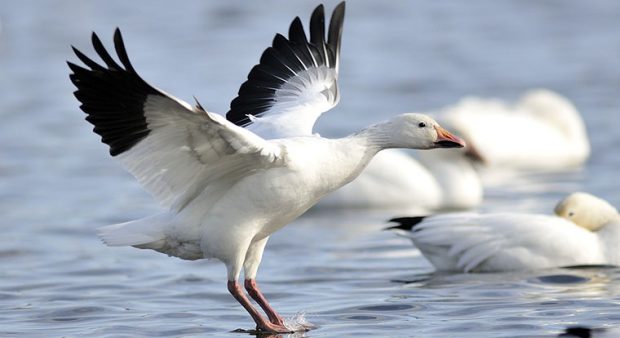 Another outstanding spring hunting opportunity in Quebec is snow geese. These aren’t your run-of-the-mill lessers that are pursued in the Mississippi, Central, and Pacific Flyways.

The St. Lawrence is a major stopover for Atlantic Flyway greater snow geese, which run 30 to 50% larger than their prairie cousins. They are all white except for their black wingtips and rust-stained heads.

You can enjoy Quebec’s wingshooting opportunities economically through a number of quality outfitting services that are members of the Quebec Outfitters Federation.

With all the hunting opportunities Quebec presents, there’s something for every hunter.