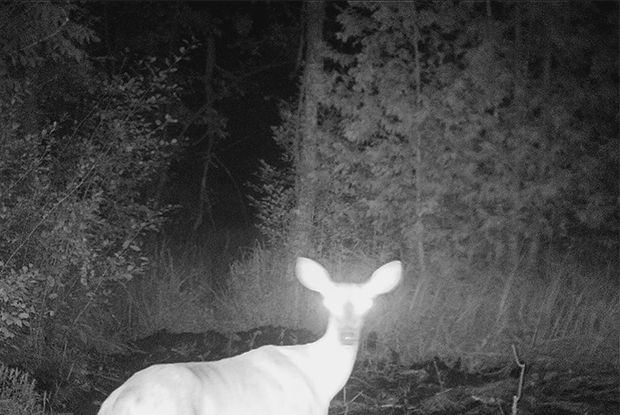 In August 2015, my husband and I ditched city living and moved to rural Ottawa. We took the opportunity to finally get land we could hunt. We settled on 12 acres, backing on to more land, not another house in sight.

Our research on the area led us to believe there was a high concentration of deer and once we got settled, conversations with neighbours confirmed it. It wasn’t long before we found signs of deer on our property and in the surrounding fields. We set up a few tree stands in lots of time for the opening of bow season but found shooting lanes limited due to the density of trees and overgrowth — a perfect hideout for deer.

We have found the deer bed down and stay in the thick brush all day, crossing the road at night to the open fields surrounding us, which are hunted by others.

We thought having a large food plot would give us an open area that would entice deer to stop for a snack on their way to the larger fields. Only having 12 acres, we want to get the most out of them.

Get our tips for modifying deer habitat here.

Our idea was to plug away, clearing the land ourselves over the fall and winter. After a four-hour stint in the woods cutting trees and clearing brush with a chainsaw and brush hog last fall we had a 10-foot square cleared spot. Time for plan B.

We hired a local guy to clear the land. He was an avid hunter so he understood our end goal. He knew the parcel in question was adjacent to a small creek and the soil was a peat type that swallows things whole. There was no chance of getting a machine in until the ground froze. I thought, “We live in Ottawa. It’s cold here. Maybe we’ll have some open space by Christmas, even get a buck before the end of bow season, right?” Wrong. 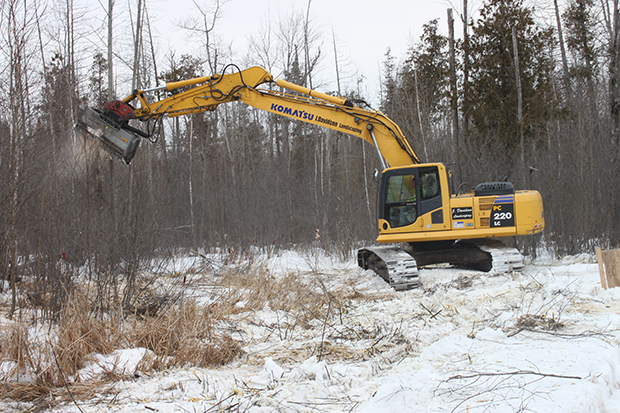 Thanks to a mild winter, it wasn’t until late February the ground was hard enough to get a machine across. But, in a day we had three-quarters of an acre cleared. An excavator with a brush head was used; it worked like a wood chipper, just at a much higher capacity. The machine also raked one small 30 by 30 foot area; this was our test section. We didn’t want to put labour and cost into raking more before knowing if seed would germinate in the overly wet ground.

In June once the area dried up a bit, we planted a bag of TSC No Till Food Plot Seed in the test area. We went with this seed as it was easy to get and cost effective. The ground was still too wet to get any machine back there so, we took our chances, sprinkled the seed by hand and crossed our fingers.

It grew, and so did the natural greenery around it now that the sun was able to get at it.

There’s a ton of food plot seed mixes on the market — all major outdoor retailers carry it. You need to choose one that will best suit your area and the frequency with which you want to plant. Another option and one we have since pursued is going to the local feed store or co-op. The staff were a wealth of knowledge on local agriculture, in our case, they’ve told us what grows best and what local deer like.

We’ve had several white-tailed visitors over the summer, which gives us high hopes for this year’s hunt.

Our food plot adventures are far from over. We’ve created a space that draws deer out of the woods, opening up shooting lanes, but we also have a 5-foot-high and 10-foot-long pile of roots and wood to eventually burn off. The land still needs some work if we don’t want it to get overgrown.

Our next steps — do a second plant to get ready for fall, root rake the remaining three-quarter acre clearing over the winter, and create some coverage along the trail heading toward the plot to give deer a sense of security.

I never thought I would work this hard for my dinner!