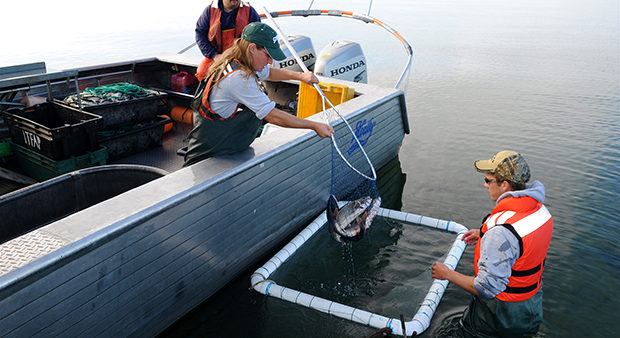 The 2016 federal budget held good news for the nation’s maritime and freshwater fisheries, mostly because of a $197 million investment in Fisheries and Oceans Canada (DFO).

Matt DeMille, manager of fish and wildlife services for the Ontario Federation of Anglers and Hunters (OFAH), said DFO will use the funds to help restore science by hiring 135 research scientists, biologists, oceanographers, and technicians across Canada.

DFO will also invest in innovative technologies that help collect data and share information more efficiently. Both initiatives, he said, will help DFO make more informed policy decisions. Having appropriate staff to follow through on government policy is critical to the protection of fish and fish habitat.

The investment does much to reverse cuts in funding and personnel that were enacted by the Harper government in 2012. At that time, the OFAH was part of a national group of conservation organizations that pressed the Harper government to restore the personnel capacity needed to deal with the changes in the Fisheries Act and policies that accompanied it.

“This federal government’s commitment to DFO is a positive step,” DeMille said.

“This federal government’s commitment to DFO is a positive step,” DeMille said.

He says this should ultimately result in better conservation and protection of maritime environments. He hopes Ontario’s Great Lakes and inland freshwater fisheries will benefit, too.