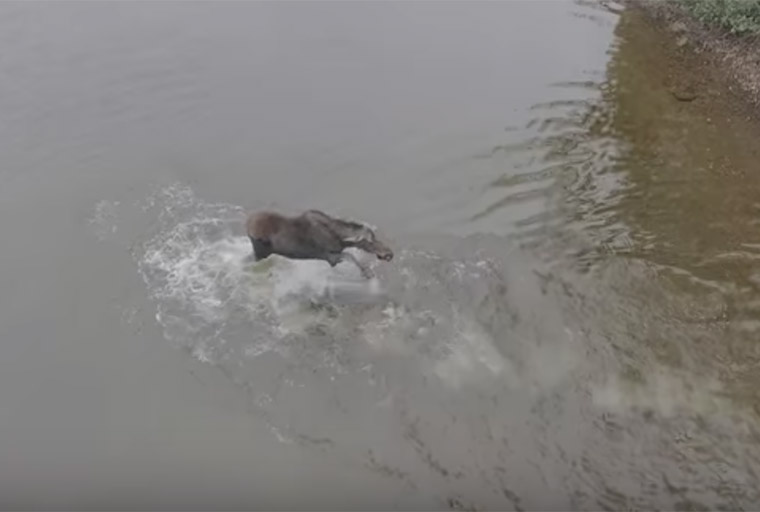 When Sault Ste. Marie resident Dan Nystedt went to his camp 50 kilometres north of the city at the end of September, his plan was to do some hiking, maybe some fishing and take some home videos of the area using his drone. What he left with was documentation of nature at its wildest.

Nystedt said he was taking some video of his camp when he heard splashing on the lake. In his 10 years on this small lake — which is accessible by logging road only — he has seen loons, muskrats, and the occasional beaver but never a moose. “To see something that big, I thought, what was that? I knew it was something,” he says, so he flew the drone closer to check it out. 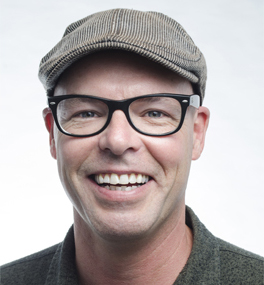 “I arrived just as the swimming moose was heading for the shore. I watched for about a minute or so and thought I would leave,” he says. He was on his way back to his camp when he saw something streak into the water, so he moved the drone back in. It was a wolf going after the moose.

“Once I realized what it was, I dropped to my knees [to stabilize myself]. I was like ‘Oh my god, I can’t believe I’m seeing this.’ It was pretty spectacular,” he says. “The drone doesn’t record audio, which is a shame. The noise was outstanding. The calls the moose was making, it sounded like it was right beside me.”

Four hundred metres away on his dock, Nystedt circled his drone around, keeping it at a safe 100 metres or so away from the animals, as the moose fought off the wolf. “I could see the moose on the shore, I wasn’t close enough to see the wolf. I knew at the time I was the only one on the lake. It was quite an experience,” he says.

He showed the footage to one of his camp neighbours, “the next thing I knew the others on the lake were asking to see it too.”

Since he posted the video to YouTube on Oct. 9 it has been viewed over 3.5 million times. Nystedt is a video maker by trade but has never gotten this much traction from any YouTube post before. “I’m totally jacked,” he said. “I had a music video get 10,000 views once.”

After watching the footage numerous times, Nystedt thinks what he witnessed was round two of moose versus wolf. “It was strange that the moose was swimming towards the tracks,” he says. “[I think] the wolves circled back around the lake.”

What the six-minute video doesn’t show is the aftermath. Five hours later Nystedt took to the lake and spotted the wolves again. “The moose won the battle but the wolves won the war,” he says.

Check out the incredible video: