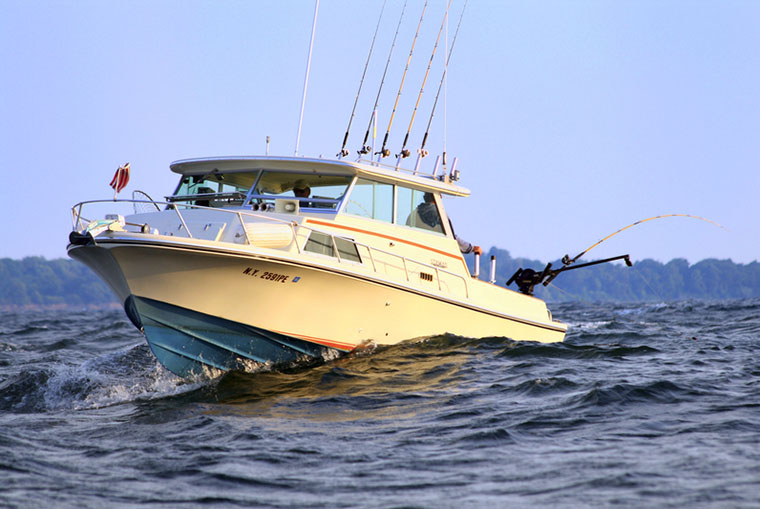 A boating bill that will change responsibilities between Canadian customs and American and Canadian boaters is expected to receive Royal Assent and become law as early as next week.

Bill S-233, also known as the Boating Bill, amends the Customs Act and the Immigration and Refugee Protection Act. It removes the requirement for Canadian anglers and boaters to report to customs after crossing into U.S. waters and then re-entering Canadian waters if they do not anchor or touch the shoreline outside of Canada. The same change applies to U.S. boaters who enter Canadian waters and leave again without mooring, landing, or anchoring.

The bill was pushed through the House of Commons Monday night after one minor amendment to fix a typing error. The Senate then voted it through on Tuesday.

It applies to the shared waterways between Canada and the U.S. including the St. Lawrence River, the Great Lakes, and the St. Clair River.

Under current law, any foreign boater who passes through Canadian waters and any Canadian boater who enters U.S. waters and returns, has to report to the Canada Border Services Agency (CBSA).

“This has caused a number of problems and poor publicity for Canada,” Leeds-Grenville-Thousand Islands and Rideau Lakes MP Gord Brown said in a media release. “In many cases, fishermen, for example, may drift across the border and not realize they are in Canada.”

Senator Bob Runciman introduced the Boating Bill but credits Brown with moving it through the House of Commons so quickly. “Gord’s long experience as MP and his position of Chief Opposition Whip were critical,” Runciman said in a release.

Runciman was inspired to put forth this bill after an incident in 2011.

An American angler was fishing with a friend near Gananoque when his boat was seized by the CBSA. He was fined for failing to report to Canadian Customs after straying into Canadian waters. The fine was $1,000 but was later reduced to $1. The incident left many Americans feeling discouraged about fishing and boating in Canadian waterways.

This bill attempts to steer the boating relationship between the two countries into clearer waters.

Click here to learn about the proposed changes to fishing and hunting licensing.

Anglers, Boaters asked to Go for A Soda