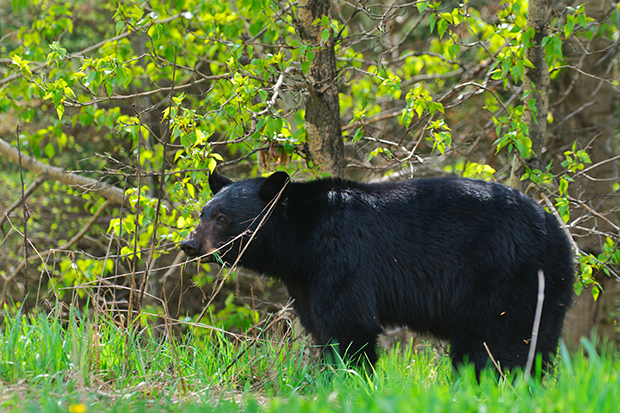 A 61-year-old, Sudbury man’s experience as a boxer and bear hunter probably saved his life during a recent encounter with a female black bear and its cub.

Rick Nelson was walking his wife’s dog south of Sudbury on July 3, hoping to sneak onto a ridge top in the Panache Lake area to view deer.

“I didn’t want to spook deer so I climbed up a rocky outcrop at the end of the ravine,” he said. “There was a small thicket at the top of the cliff. I walked in, tied the dog to a tree and sat down on a log.”

Nelson said as soon as he sat, the log moved and suddenly, he was looking at a bear cub about two feet away at the other end.

“The bear squalled and my dog went berserk,” he said. “I immediately heard a big bear crashing through the bush coming straight towards me.”

Nelson, who has hunted bear in the past, has had bear encounters while baiting. He said he was fortunate in that he is familiar with bear behaviour and body language.

Nelson said he stood up and got between his dog and what he estimates was a 320-pound black bear.

“Some people are questioning why. There was no other choice because it happened so quickly and I had the cliff at my back. There was really no place to retreat,” he said, “and I didn’t want to leave the dog.”

Nelson, who boxed when he was younger, credits that training for what happened next. During the attack, the black bear stood on its hind legs and swung a left paw which caught Nelson across the right front shoulder and chest, leaving deep scratches. Nelson threw a punch which caught the bear square in the lips and teeth.

“The bear then swung a right,” which came around and hit Nelson’s back as he dodged.

Nelson said he countered with a very hard uppercut to its nose. He said his adrenalin had kicked in and it was a perfect hit.

“I felt her nose go straight back; I hit her hard and she went down on her butt.”

He said the bear shook its head and looked at him.

“That was the only time I felt scared,” he said. “I knew if it came at me, I didn’t stand a chance.”

Luckily, the cub squalled again and was heading over the cliff, down into the ravine. The big female then turned towards her offspring and, shaking her head, calmly walked off.

Nelson is happy it ended well for all parties. “The bear was just protecting its cub,” he said.

Once home, he took care of his own injuries and believes he’ll have some scars to remember the incident by.

He’s also surprised at the attention his story has garnered. The CBC and other news agencies and publications all over the world have interviewed him, and people passing through Sudbury have even stopped in to meet him.

The incident, he said, will not change the way he views bears or bear country. “I have always had great respect for them and I always take precautions to avoid encounters. Usually, they want nothing to do with you. This was like being struck by lightning…”

Ear tagged bears – to harvest or not?