Where to Fish in These 3 Cities 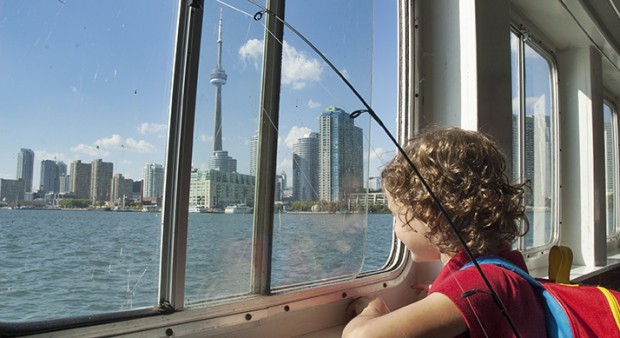 Fishing in Ontario’s big cities might not look like what’s portrayed in coffee commercials and travel brochures, but that doesn’t mean there isn’t good fishing to be had.

Many of the best city fishing spots are stashed behind congested parking lots, and take the form of stormwater lagoons and busy boating canals. Next time you’re visiting Ottawa, Toronto, or Hamilton and have a hankering to fish, check out these areas.

Ottawa
Popular urban fishing spots within the City of Ottawa include the Rideau Canal, Dow’s Lake, and the stretch of the Ottawa River that runs behind the Parliament buildings and across from Victoria Island.

For panfish try a small tube jig or a comparable soft plastic offering.

For bass, pitch a wacky-rigged stickworm along the face of the concrete walls.

Much of the shoreline in these areas has paved jogging and biking paths, which make it easy to access miles of fishable waters. On good-weather days you can expect to share those paths with a steady stream of hikers and bike riders, so some situational awareness is needed to avoid catching someone on your back cast.

The water is clear enough in most places to see fish cruising below, with largemouth and smallmouth bass, various panfish, and carp being the most popular species. 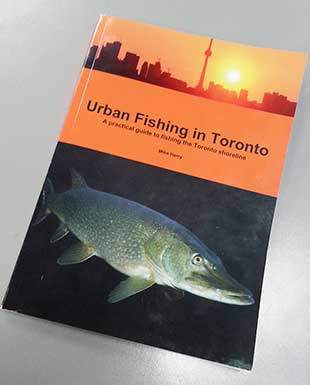 This book is a great resource for anyone who plans on fishing in the GTA.

The new book, ‘Urban Fishing in Toronto,’ is a great reference for anyone looking to fish in Ontario’s biggest city, and includes a collection of great shorefishing spots.

Author Mike Harry spends virtually the entire year plying the shoreline of places like the Toronto Islands, Tommy Thompson Park, and a host of other local hotspots, and he’s surprised these areas don’t get more attention.

“It only takes 15 minutes on the ferry to get to Toronto Islands, and once you’re there it feels like you’re a million miles away from the big city,” he said.”There have been times when I’ve felt like I had the entire island to myself.”

Tommy Thompson Park is another overlooked gem. The park is located on a man-made peninsula known as the Leslie Street Spit, which extends 5 kilometres out into Lake Ontario. Numerous points and bays along the peninsula offer prime fish habitat. Due to ongoing construction, the park is currently only open on weekends and has no drive-to access. For those willing to do some hiking, there is little concern about finding a spot to fish.

As far as fishing in Toronto is concerned, Mike stressed that timing is everything, and learning when to be where is all part of catching fish — regardless of the species. Generally speaking, the cold water periods are great for pike, while in the warm water periods carp and bass get most of his attention.

The Humber and Don Rivers, along with a number of smaller creeks, get a run of salmon in the fall.

Hamilton
The city of Hamilton also deserves mention as an urban fishing-friendly destination. During the reconstruction of Pier 4 Park, city councillors intentionally accommodated fishing, along with other trail and park uses, by providing access along miles of shoreline.

Deep water adjacent to many of the prime access points is well suited to fishing jigging spoons and other vertical presentations.

While fishing behind the Discovery Centre, there is even a coffee shop where you can get warmed up and grab a snack.

Other prime spots include: the concrete pier at the mouth of the harbour that extends out into Lake Ontario, La Salle Park, the estuary at Grindstone Creek, and the small parking lot near the islands, directly north of the Canada Centre for Inland Waters building.

The harbour itself supports an impressive diversity of fish species. Some of the most commonly caught include largemouth bass, yellow perch, white perch, and freshwater drum.

The drum in particular often weigh up to 10 pounds or more. Common carp are a big attraction for some anglers, with many fish in the 30- to 40-pound class caught each year.

Seasonally you’ll also have opportunities to catch brown trout and salmon that migrate in from the big lake.

Fishing in the city may not be all loons and pine trees, but a fish on the line pulls just as hard regardless of where you catch them!