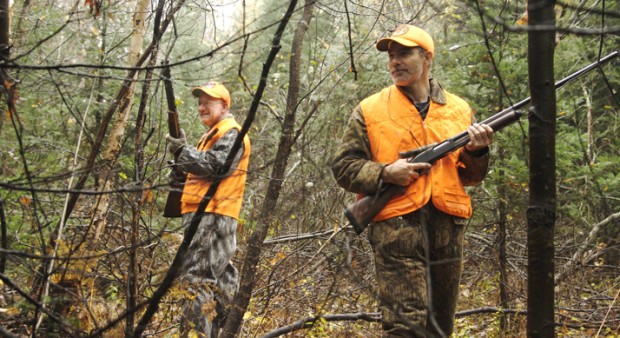 Gun hunting is back in Whitby. On Oct. 7, 2013 the Whitby town council passed a bylaw repealing a previous bylaw, brought in last September, that prohibited the discharge of firearms for the purpose of hunting within municipal boundaries.

Brian McRae, zone, member, and club services liaison with the Ontario Federation of Anglers and Hunters (OFAH), represented the federation at several meetings with the Town of Whitby Operations Committee and Council. He says the no discharge of firearms bylaw that was passed last year took everybody by surprise.

Since then, numerous delegations and presentations were heard at public meetings. McRae says those meetings saw overwhelming support for a change that would allow the discharge of firearms for the purpose of hunting. He says OFAH representatives attended 5 operations committee meetings making presentations, providing insight and offering suggestions regarding the wording of the new bylaw.

“We got great support from local residents who came out and let their voices be heard,” said McRae. “It’s a big victory for everybody. Many thanks go out to the members and non-members who were able to assist as well.”

The new bylaw passed by a vote of 6 to 1. It specifies where discharge of firearms is allowed and also defines permitted firearms as air guns, muzzleloaders, shotguns, bows, crossbows, and rifles up to .275 calibre.

The bylaw allows the discharge of firearms in specific locations within the town’s boundaries. The wording of the bylaw and a map of the areas that are available for hunting are posted on the municipality’s website.