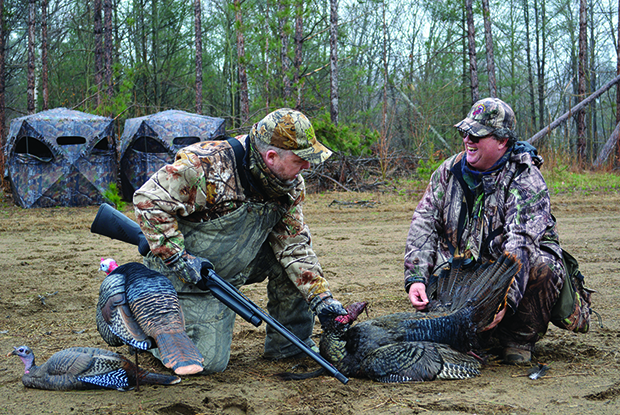 It’s all in the call for this guided hunt

It’s the 2013 spring turkey season and we are hunting north of the town of Cobourg in the Ganaraska Hills. An elbow in my ribs wakes me from a short nap. My hunting partner points out a curious hen coming in at 40 yards, with a tom about 20 yards behind. I follow the tom’s movements, but at 50 yards he decides to detour into a nearby cornfield. It’s only about 6 a.m. and there are lots of birds around, so I’m not worried.

Our hunting group is led by guide Brian Sheppard and includes Lezlie Goodwin, OOD editor- in-chief and Ray Blades, managing editor. Lezlie and Ray are in a pop-up blind about 20 feet from us. Lezlie shot a bird a couple of days ago while hunting with a friend, but Ray hasn’t filled his tag yet. 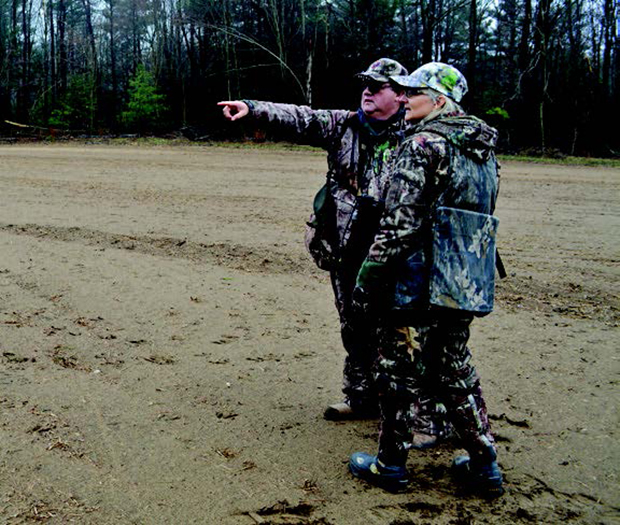 By 9:30, nothing more has happened, so Brian suggests we try a run-and-gun approach, and we sneak around the end of the ravine to the other side of the cornfield. He has seen toms here earlier in the week, so chances of calling one in are fairly good. We position ourselves along the treeline and Brian expertly works mouth and striker calls.

Within a minute, we hear gobbles, and seconds later three large toms strut across the field towards us. The birds pass in front of me, about 40 yards out, but I hold up, hoping Ray can have the shot. They’re on a direct path for Lezlie and Ray, who are ready, but the toms suddenly veer off and disappear just before they come into range. All is quiet and after another hour and we pack up, determined to return next year.

Brian Sheppard has been guiding for the last five years in the area north of Port Hope. His forte is calling turkeys in to decoys and presenting clients with shooting opportunities. He’s on pro staff with GobbleStalker calls and his ability to utilize mouth and striker calls contributes greatly to his high success rate.

Accommodation
A number of motels and hotels can be found in Port Hope and nearby Cobourg. The Best Western in Cobourg is highly recommended.

Sheppard has exclusive rights to hunt a number of farms and offers a full day in the field for one or two clients hunting with shotgun or bow. Brian intensely scouts the areas he hunts and makes a point of checking for roosting areas to facilitate being close to the birds at daybreak. 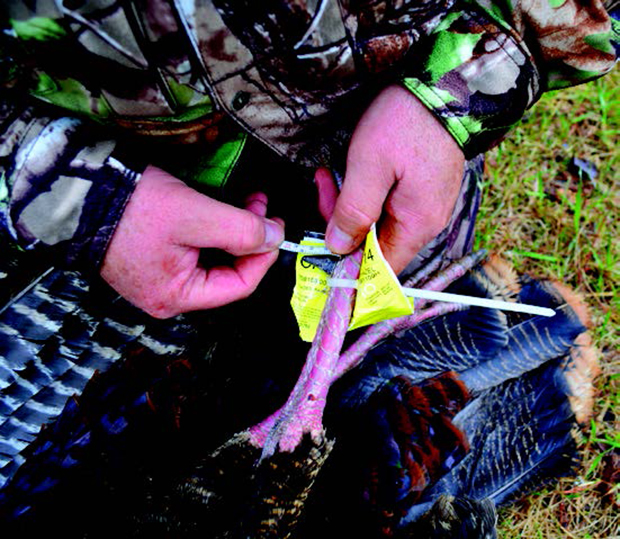 Before the opening of the 2014 season, Brian gives me a call. “I’ve found lots of birds in all my fields. The cold weather means the hens haven’t been bred yet, so the toms and jakes are very active.” Brian suggests Lezlie and Ray hunt with him one morning, and I join him on my own the following morning. I tell the pair about the “tag team” approach and Lezlie and Ray make plans with Brian.

Two days later I get a phone call from Brian. “Ray dropped a huge tom about 6:30 a.m. It came in on a mission and there was never a question about it holding up.” I immediately phone Ray to congratulate him.

Brian and I return to the area that Lezlie and Ray hunted the previous day. The field slopes down into a wooded ravine on one side and rises to a hardwood bush on the other. We set up along the hardwood treeline, about 150 yards from the ra 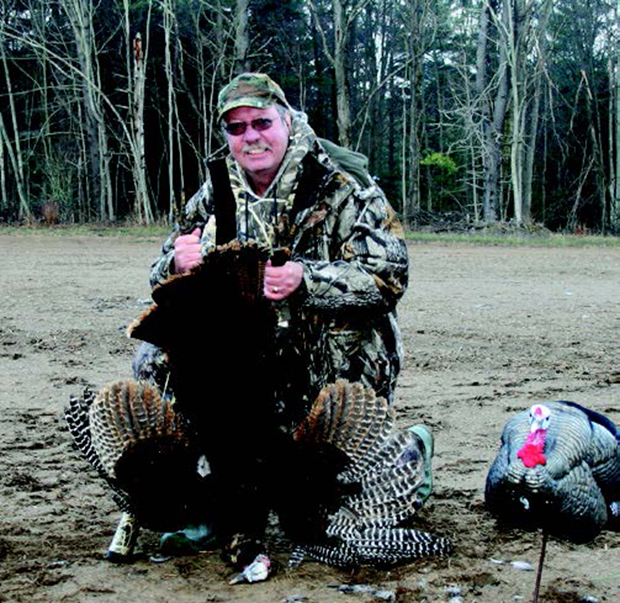 vine. Brian sets out a jake and hen decoy along with a tom and submissive hen. “Yesterday, when the tom came in there were three jakes nearby, but they were too intimidated and left,” he says.

Right on cue, three jakes come out of the ravine to Brian’s putts and purrs. With no hesitation, they strut directly towards the decoys. The trio remain too close together to shoot as they peck one of the hen decoys repeatedly on the head. Losing interest, they start to leave and one jake splits from his brothers. I take the shot and the bird goes down. Out in the field, we weigh in the young and tender bird at 15 pounds. The tag-team effort is complete: yesterday’s tom for Ray and this morning’s jake for me.

This article originally appeared in our April 2015 issue. Ontario OUT of DOORS is available in both print and digital formats. Subscribe today.