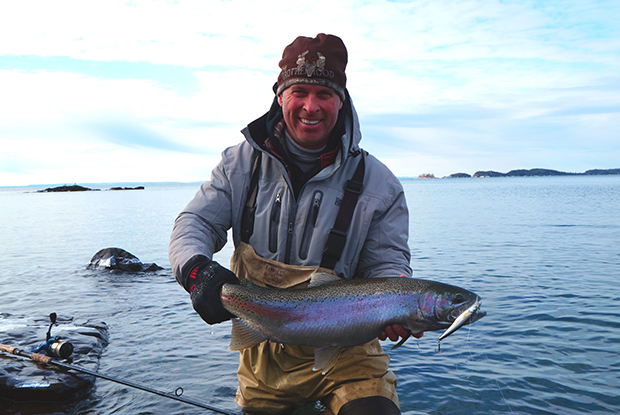 To most anglers, spring is the best time of the year. The air is fresh, the rivers are flowing, and fish are on the move. After a long winter of ice, the anticipation of running water becomes very hard to bear.

Spring fishing fever can manifest itself in many ways. For instance, a couple of years back I had a strange dream. The dream had me backing my Lund into a very large puddle of water that had accumulated on the street in front of my home. The boat went in well enough but I remember some people watching from the roadside thought this undertaking a bit odd.

Most of us fend off weird dreams and the like by getting our pre-spring outdoors house in order. Regular visits to tackle stores relieve some of the pent up pressure, and allow us to whip fishing rods around, try on new waders, and generally burn time thinking only about fish. Others among us turn to our tackle boxes for solace. We kill hour after hour scrubbing spoons, sharpening hooks and tying flies.

There are some steelhead traditions I’ve let go of. Lead sinker pours were once a big part of spring in my family. Dad and I used to go through a lot of lead during the steelhead season, and a communal pour allowed us to get in the mood for the season. We’d tell the same old stories we’d been recounting since anyone could remember. Float and fly fishing has pretty much ended our lead pours. That might be for the best. 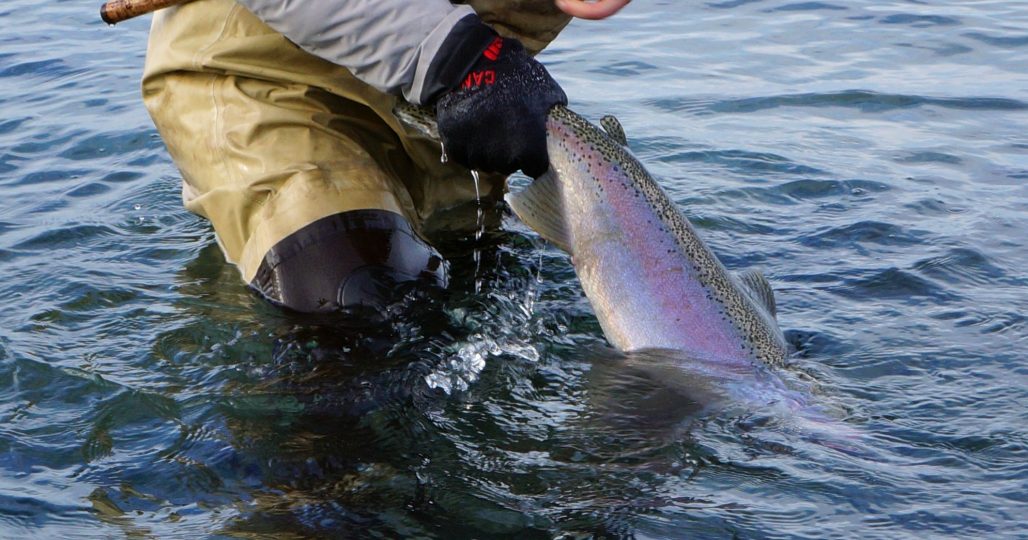 Another family tradition was the pre-tying of steelhead rigs. Because snags are so common when you’re drift fishing for rainbows, it was a pre-spring custom to sit down and tie up about fifty leaders with a yarn fly, swivel, and some Maxima eight-pound test. This simple activity saved us many precious hours of fishing on the stream each season.

So strong was the urge to do this that some winters I’d tie over a hundred leaders in one sitting, way more than I could possibly use. But I couldn’t stop, it just felt too good.

The funny thing about spring fishing is the anticipation of the event often drives us to jump the gun. I’ve known walleye anglers to head out a week before the open season, just to make sure they had their trailer in the best spot. That’s a lot of sitting around.

When it comes to jumping the gun, trout anglers are the worst. In northwestern Ontario, where I live, the steelhead season is basically open all year. We somehow believe if we can just get out a bit earlier than everyone else, we’ll score the jackpot of unwary steelhead. Occasionally it pays off. This spring I caught two very large steelhead shore-casting into Lake Superior in late March and early April. Let me assure you, it was cold. It was also worth it.

Despite all the false starts and foreplay, spring fishing always comes and it’s always good. Feeling that first sharp strike of a brook trout or the powerful surge of a steelhead heading out of a pool allows the adrenaline to flow again. A new season begins.

A shared shore lunch with old friends, the joy of watching a child reeling in that first fish, and the twinkle of stars under a clear night sky helps to complete the angler’s seasonal circle.

Spring is a time to breathe deeply and enjoy the best of what the outdoor life has to offer. It just doesn’t get better than that.