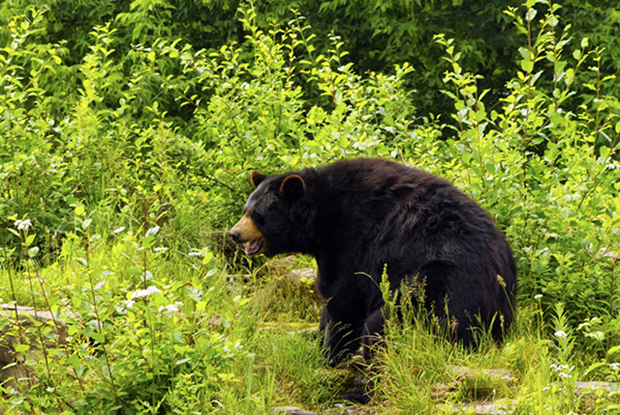 The Ontario spring bear hunt opened on May 1, 2016 with non–residents being eligible to take part for the first time since the hunt was cancelled in 1999. The inclusion of non-residents this spring was good news for outfitters who began taking bookings from those hunters shortly after the hunt was announced.

Some outfitters were dismayed however, when the Ministry of Natural Resources and Forestry (MNRF) informed them in late-April that the Form 33s required for each non-resident hunter would be limited, based either on the number the outfitter had in 2014 or the average number used by the outfitter in 2012, 2013, and 2014 (whichever is higher.)

Form 33s are issued to outfitters, who are required to fill one out for each non-resident hunter who has booked a hunt with them and purchased a non-resident bear licence and seal for the year. That form gives the hunter permission to hunt in the outfitter’s bear management area or areas (BMA) for a specified duration.

MacDonald said prior to this season outfitters were given as many Form 33s as they requested. He also said his Form 33s were hand-delivered only eight days prior to the hunt and he was told he was among the first in the province to receive them.

The restriction of Form 33s has forced some outfitters to turn away prospective non-resident customers. Worse still, the Form 33s issued were for the entire year; therefore those used in spring will be unavailable for fall. If this is not remedied, it means some outfitters might have to cancel hunts with regular fall non-resident hunters due to a lack of Form 33s.

At press time, there is some indication that the MNRF will take steps to ensure outfitters have enough Form 33s to accommodate non-resident hunters in the fall season, but that has not yet been confirmed.

When announcing the expansion of the spring bear-hunting pilot in February, the MNRF described the move as a way to, “support economic growth and tourism in the north.”

In a recent CBC interview Jolanta Kowalski, MNRF spokesperson, said that in July 2016, “once we’ve got the data from both the fall hunt and the preliminary data from the 2016 spring hunt, the Ministry’s going to be considering how to proactively confirm outfitter allocation numbers in future years.”

Mark Ryckman, senior wildlife biologist with the Ontario Federation of Anglers and Hunters commented, “We are disturbed by the lack of communication to outfitters. Limiting non-resident participation might not help the government achieve its bear harvest targets in some units, and will make it impossible for outfitters to realize the economic benefits they were sold on.”