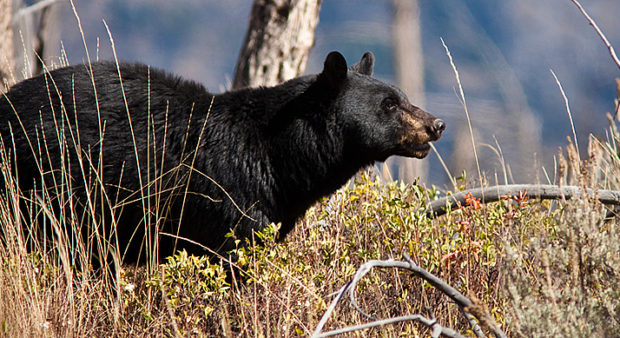 It’s official—Ontario will have a limited spring bear hunt.

The limited hunt will be open from May 1 to June 15, in 2014 and 2015. It is expected that hunting will be permitted across each WMU, subject to municipal bylaws, as with any other type of hunt. David Orazietti’s office has said that more formal details about the hunt will come in the next few weeks.

The hunt will only be open to Ontario residents and hunters are only permitted to harvest male bears or female bears without cubs.

Although it’s impossible to say for sure how many female bears without cubs will be around this spring, Mark Ryckman, senior wildlife biologist with the Ontario Federation of Anglers and Hunters said, “Females don’t generally reproduce until they are 5 years old, and then they only have cubs every 2 years. Up to 60% of a bear population could consist of females less than 5 years of age and therefore incapable of reproducing.”

Ryckman says a lactating sow can be identified by her enlarged nipples. The hair around them may also be less dense. He advises hunters to not take a shot if there is any uncertainty in the sex of the bear. Fines will be imposed on anyone caught shooting a female bear with cubs, although details of that amount has not yet been released.

The provincial government first announced the pilot project in November 2013 and it has since been the centre of controversy, with multiple anti-hunting groups speaking out against it.

The government maintains that the limited spring hunt is being introduced on the basis of public safety.

The proposal was open on the Environmental Registry from Feb. 5 to March 7 and received 13,479 comments, with the majority being in favour of the hunt. Andrew Donnachie, press secretary and issues manager in the minter of natural resources office, said the ministry is looking to incorporate some of the suggestions and comments that were left on the proposal and more details are forthcoming.