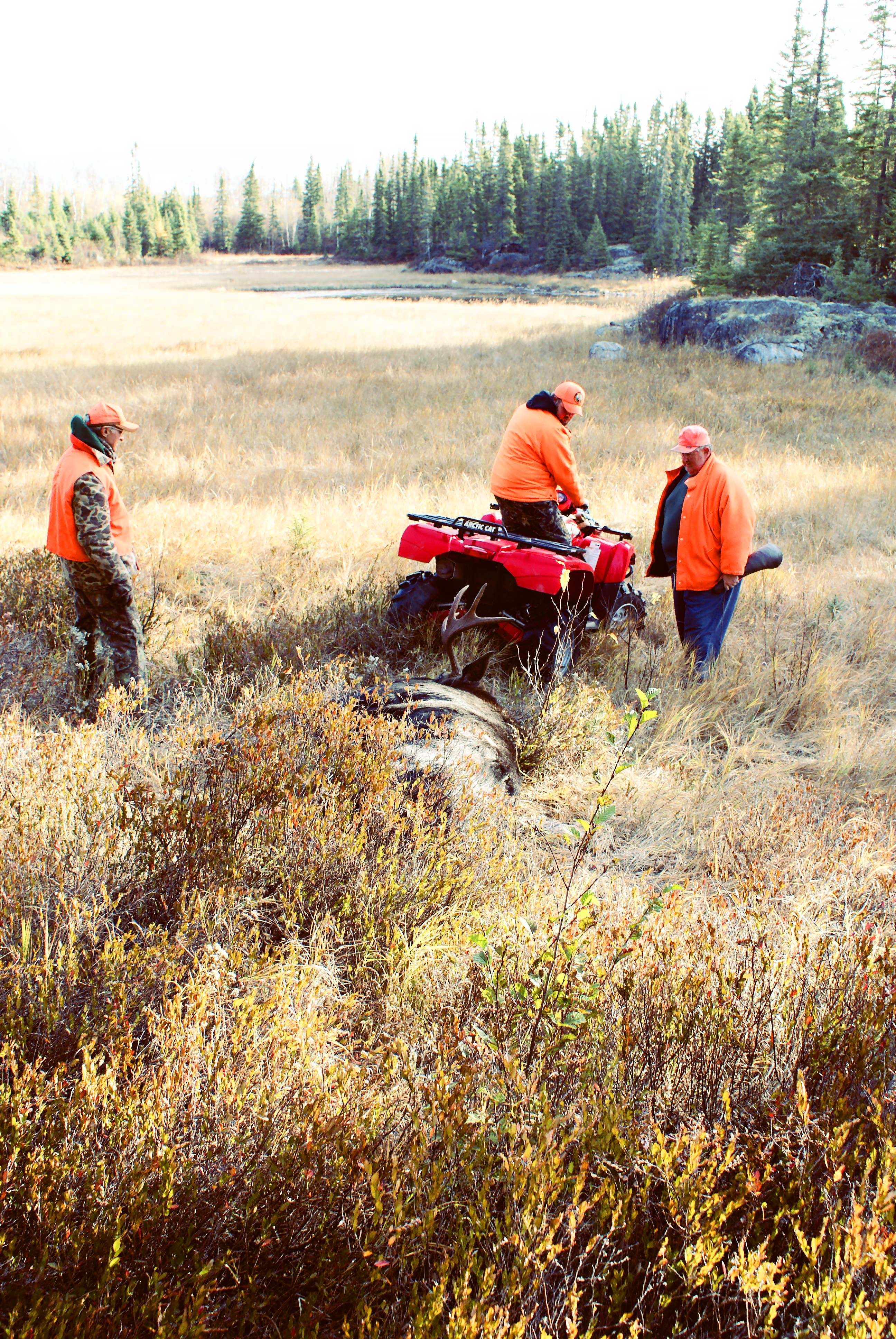 Accurate and proper shot placement is key to ensuring a quick humane kill, the prevention of wounded animals, and efficient game recovery.

A hunter must know how the firearm of choice (gun or bow) kills, be skilled in its use, and have a sufficient knowledge of the animal’s anatomy to know where to aim from different angles.

Shot placement
The chest cavity containing the heart and lungs is recommended as the primary target for all hunters.

The reasons for this are clear once you know the approximate locations of the lungs, heart, diaphragm, liver and spleen in moose, elk, deer, and bear, which the illustrations in this article depict.

Because properly selected bullets can smash through bone on their way to an animal’s vital areas, gun hunters have many more target areas for shot placement than do bowhunters. In fact, many shots suitable for the gun hunter are simply ‘no shot’ situations for the bowhunter.

It offers the shortest distance through the chest cavity and provides the best chance for a double-lung, pass-through shot. The heart, embedded between the lungs, may also be hit. The pass-through shot produces both entry and exit wounds with better blood trails to follow, and knocking out both lungs and/or the heart rapidly cuts off oxygen to the brain, resulting in a quick death.

To avoid bones when making this shot, the bowhunter should wait until the near front leg of the animal is either straight down or forward.

Shot placement will depend on the girth of the animal and the angle that the animal is quartering away. Angles over 45 degrees usually mean the bullet or arrow will have to pass through some intestines and stomach to reach the vitals, and at best be likely to take out just one lung.

Bowhunters should limit quartering-away shots to smaller angles that will result in a combined heart/lung shot or a double-lung shot, particularly on moose and elk. Browse in a moose’s stomach has been known to stop arrows from reaching the vital organs, and an animal can travel a long way if gut shot or if only one lung is taken out.

Watch this video on long-range shooting.

The gun hunter’s shot placement should be in the front of the shoulder. Unless the forward angle is very small (making it closer to a broadside shot) it is almost impossible for a bowhunter to avoid the chest and shoulder bone structures. An error in shooting of only one or two inches could have the arrow glancing off bone or getting buried in the shoulder or paunch areas, resulting in a wounded animal. Bowhunters are advised to wait until the animal presents a broadside shot.

To reach an animal’s vital organs a bullet or arrow would have to go through the heavy muscles, hip and/or leg bones, and paunch before reaching the vitals. It’s much more likely that this shot will result in a badly wounded animal that may never be recovered.

When an animal is directly head-on to the hunter it will typically be looking at the hunter, so any movement will probably alert the animal. Vital organs will be completely shielded by shoulder and chest bones, and also by the head if it is lowered.

When the neck is raised, the gun hunter should aim just below the chin, or a centre-chest shot, where the neck meets the sternum. Again, this is a no-shot angle for the bowhunter.

The angle of the bones from an elevated tree stand presents no problem for the gun hunter using an appropriate calibre and bullet: my only advice would be to avoid the humps on moose and elk as they might slow down a bullet too much or cause it to expand too rapidly. The bowhunter must avoid all areas that are protected by bone.

The higher one goes, the greater the downward angle and the more the vital organs are hidden. Also, the closer the animal is to the tree stand, the more the vitals are hidden, so the bowhunter needs to find an angle that will avoid the backbone and scapula, and still hit the lung/heart area. Often the hunter must wait for a broadside or quartering away shot. Deer and bear hunters often carefully place bait so that the animal is in a suitable position for a shot when feeding at the bait site.

Bowhunters should practise shooting from tree stands before hunting from them. Shooting from elevated stands is very different from shooting at ground level.

This article appeared in the Ontario OUT of DOORS 2015 Hunting Annual. Digital subscribers can read it here.