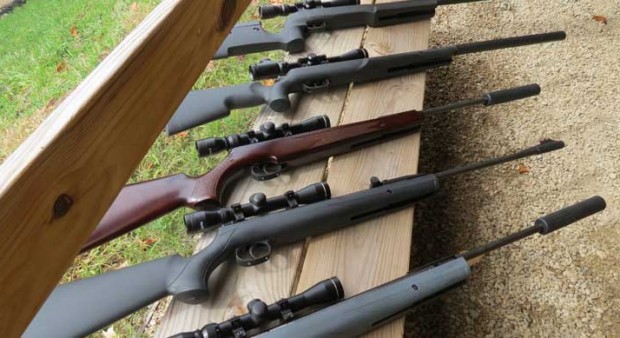 Remington Outdoors Company recently brought together some outdoor enthusiasts to show off some of its 2015 firearms lineup.

There were plenty of exciting products and new additions to existing lines. Here are some of the newcomers that really stood out.

Model 700 Ultimate Muzzleloader
Dubbed “the 300-yard muzzleloader,” this impressive smoke pole is styled after the Model 700 bolt-action rifle and differs from any muzzleloader you’ve seen. For one thing, it uses a unique brass casing based on a .308, primed with a Remington 9 ½ rifle primer, which is fed and extracted from the breech plug just like a cartridge on a Model 700.

The primer cleans the flash hole every time it is fired, which makes cleaning easier. It can utilize up to 200 grains of powder to push a 250 grain bullet accurately out to 300 yards, with muzzle velocities of up to 2,400 fps. Range restrictions limited us to 100 yards, but it performed admirably. It’s available in .50 calibre.

Three New Air Rifles
Three models will be made available in Canada. Two others have sound suppressors.

The first, the Remington Express Synthetic, comes in .177 and .22 calibres and shoots lead pellets and 1,000 and 800 fps respectively.

At 25 foot pounds of energy, the .22 version will certainly handle most small game at hunting distances.

Each rifle has a nice 2-stage trigger and comes with a scope and mounts.

Retiring Arms and Replacements
Remington is eliminating some lines for next year. The big news is the deletion of the entire Model 770 line of bolt-action rifles — Remington’s  lowest priced high-powered rifle.

In its place, the company is offering its recently introduced Model 783 solely in a package that includes a scope. It will be offered at a reduced MRSP of $382.50 too, and dealers will likely sell for less.

The Model 783 is a workhorse of a rifle — reliable and accurate — so that’s great news.

Some Model 597 rimfires, some Model 700 centrefire products, the entire Marlin Model X7 line, and some models of the company’s rimfire XTs are also no longer being produced.

Remington has a very nice surprise for shooters in 2015. More details will be released by the company later this year. Stay tuned. All I can say, it’s worth the wait.