Live bait regulations could be changing 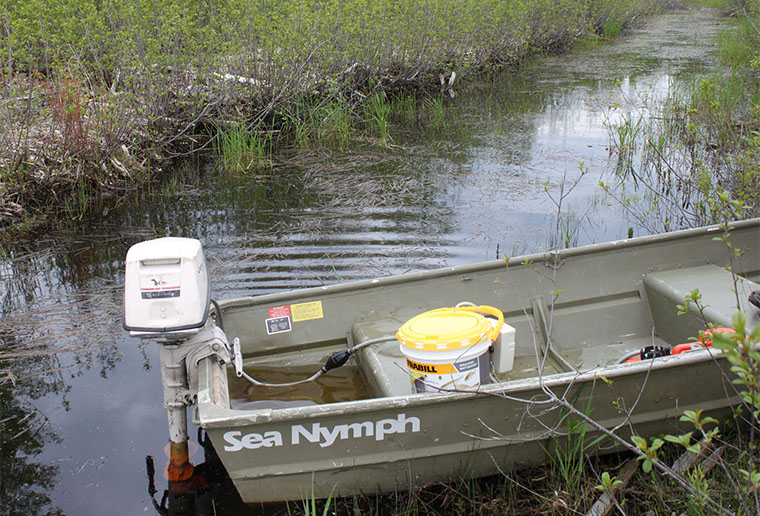 The Ministry of Natural Resources and Forestry (MNRF) is currently reviewing the use and harvest of baitfish and leeches in Ontario in an effort to minimize the spread of invasive species and protect ecosystems, but some are saying the proposal in its current form is too restrictive.

The proposal is suggesting changes to how bait is harvested and moved, as well as which baitfish can be used and where.

Harvest and movement of bait

The proposed regulations will make it hard for those who harvest their own bait to do so effectively. In southern Ontario you will need to harvest the bait in the body of water you plan to fish in, which Tom Brooke, fisheries biologist with the Ontario Federation of Anglers and Hunters (OFAH), says isn’t ideal.

“With no overland travel, it’s going to be extremely restrictive for people. Typically the best baitfish harvest areas are waterbodies that don’t have a lot of predatory fish in them,” Brooke says.

This change will also create problems for commercial harvesters because they too will be limited in the areas in which they can transport bait. “In Northwestern Ontario, there is a focus on leech harvest and yet the demand is in southern Ontario for bass fishing,” explains Brooke. “Most of the demand isn’t in the zone that the supply is from. For the commercial industry, the supply and demand dynamics will change substantially and likely cause some pretty significant issues.”

Wadge opened his shop a year ago and is still trying to build a client base, so the possibility of having limited access to bait is a real issue for him.

Changes are also being proposed to the types of baitfish anglers are permitted to use. Currently 48 species can be used as bait but the proposal wants to narrow these down to 33. Some of the species the MNRF wants to remove are among the most popular for anglers, for example emerald shiners.

Paul Sparks is an avid angler and employee at Manotick Bait – Fishing and Hunting Supplies, along the Rideau River. He says that emerald shiners are constantly in high demand and is positive the bait shop will be impacted if they are removed from the list.

“Essentially, you are taking people’s traditions away. If that is how someone’s grandfather taught them how to fish, they might decide they don’t want [to fish] because they can’t do it their way,” he said. “There shouldn’t be a total ban on a [these] baitfish, but look into a ban on where infected fish are coming from,” he says.

Wadge agreed. “Around me, everyone loves the emerald shiners, but they are not abundant in my area. That’s what fishermen like. They have been using them for generations.”

“We fully support the intention, but not overrestricting people,” Brooke says, “particularly if you are not achieving what you set out to do. ”

He gives the example of the French River. Much of the French River is a waterway-class provincial park. If the proposed changes were to go into effect as they stand today, anglers couldn’t use live baitfish or leeches to fish this area — despite the fact that these types of bait can be used in the connecting waterways of Lake Nipissing and Georgian Bay.

Wadge says that in speaking with anglers, many aren’t aware of the potential changes that could be coming their way. “They have no idea,” he says.

Anglers are encouraged to read the full proposal on the Environmental Registry and leave a comment. The public input period closes on June 27.