Quiz: Test your knowledge ahead of the hunt 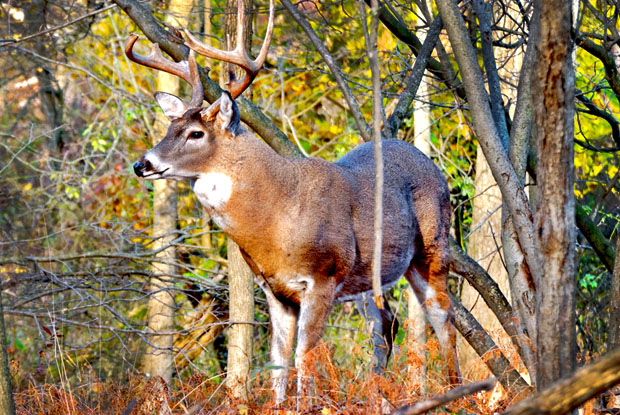 We know you’re itching to get out here. So with the deer season for gun hunters underway in much of the province next week, Ontario OUT of DOORS has put together a fun deer quiz to help you get through the weekend.

Give it a try. Test your knowledge and maybe share some of these facts with your friends while waiting out the big ones next week.

1. Deer are native to all continents on the globe but two. Can you name them?

2. True of false. Members of the deer family are the only animals to have antlers?

3. When do deer antlers stop growing?

4. True or false: Deer use their tongues to help them smell.

6. True or false: After harvesting a deer, there is a one-hour grace period before you must attach the tag. This is to allow for weighing and measuring the animal, and photo documentation.

10. True or false – When consuming venison, people should be wary of its high cholesterol content.

11. True or false – Deerskin leather provides much better protection in warmer weather than it does in cooler weather.

13. What would be the live weight of a big buck that field dressed at 210 lbs?

14. Where can we learn more about deer and their habits in Ontario?

2. True. There are about 100 types of deer, including the white-tailed deerdeer, reindeer, elk, moose, mule deer, black-tailed deer and caribou. Their antlers are the fastest growing living tissue on earth.

3. Around August or early September just prior to rubbing the velvet off.

4. True. They use their noses to smell but they get help from their tongues. Deer lick their noses to keep them moist, which helps odor particles stick to them improving their sense of smell.

6. False. The tag recipient must carry a deer licence tag at all times while hunting deer. If you have killed a deer while hunting alone, you must, immediately, after the kill and at the kill site, securely attach the game seal to the animal in the manner described on the instruction panel attached to the seal. The seal must remain attached while transporting the carcass.

7. The record typical whitetail scored 213 5/8 points8 points. This was scored following a harvest in Saskatchewan in 1993, and is commonly referred to as the Hanson buck, after Milo Hanson the hunter who shot it on his farm outside of Biggar, Saskatchewan in 1993. It had an inside spread of almost 28over 27 inches with eight antler points on the right and six on the left.

8. There is no open season for hunting caribou in the province.

11. False. The fiber structure of deerskin leather will stay cooler in hotter climates, and warmer in colder climates.

12. It’s 0.5, which means that a fawn deer can give birth to a fawn herself at one year of age. However, this is relatively uncommon, so most does are bred at 1.5 years of age.

13. A precise measurement is impossible to estimate, however, it’s reasonable that a field-dressed buck of 210 lbs would have been about 280 lbs live on the hoof.

14. Consider Ontario OUT of DOORS – both the print and digital editions. The magazine is an excellent source of information and articles relating to deer. Remember, you can subscribe here and if you’ve got any great trail cam photos, enter our contest here.

What constitutes a species?

When to rattle, call, and do nothing at all