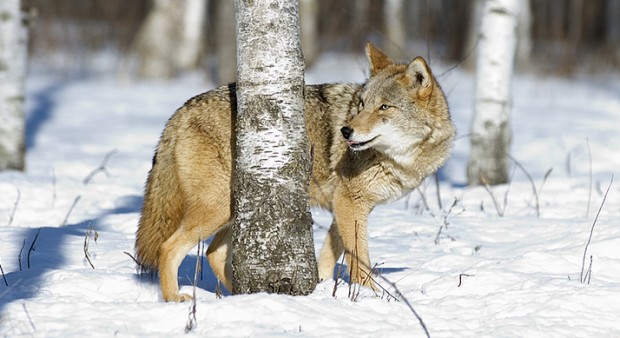 With the deadline for public input now past, residents in northern Ontario are waiting to learn whether a limit on coyote hunting will be lifted next year.

The proposal to lift the limit beginning in 2017, was one of several made by the Ministry of Natural Resources and Forestry (MNRF) as part of its greater Moose Project plan. The public comment period ended Jan. 19.

On its Environmental Bill of Rights (EBR) website, the MNRF laid out its efforts to boost moose populations by easing regulations on wolf and coyote hunts.

According to the MNRF, the proposed changes are intended to:

Algonquin Provincial Park and surrounding townships (no changes)
• No season

Changes to Ontario Regulation 665/98 (Hunting) would be required to define areas where a wolf/coyote game seal is no longer required, establish annual harvest limits for wolves and define mandatory reporting requirements for wolf/coyote harvest.

As a consequence of this proposed change, a modified approach to hunter reporting is also required. Currently all wolf/coyote seal holders are required to report on their hunting activity and harvest. Since some wolf/coyote hunters would no longer require a seal, it is proposed that reporting requirements change to include mandatory reporting of the harvest component only (rather than hunting activity), throughout all parts of northern and central Ontario where mandatory reporting is currently required.

Mark Ryckman, Senior Wildlife Biologist with the Ontario Federation of Anglers and Hunters (OFAH), says OFAH members have been seeking improvements to wolf and coyote management in northern Ontario for quite some time. As such, he applauds flexibility on the issues, but he wonders if it should go further.

“We fully support the removal of the game seal requirement for both wolves and coyotes and no harvest limit for coyotes. However, we’re concerned that a harvest limit of two wolves per hunter could be insufficient to benefit moose populations in some areas.”

The MNRF stated that all comments received during the comment period would be considered as part of the decision-making process by the ministry. No date for a definitive decision was announced.

Hunters asked to provide input for moose project’s next phase