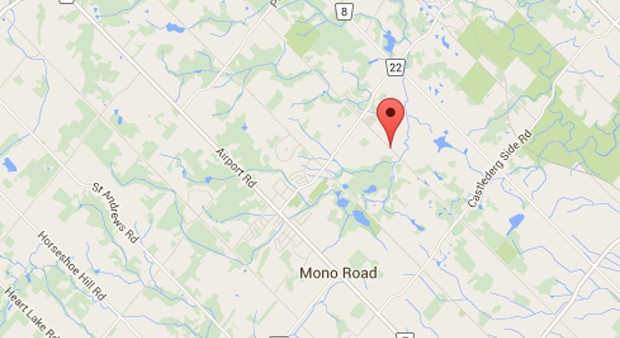 Though their numbers in Ontario are currently unknown, the province does consider the wild boar a threat to human safety and has given licensed hunters the green light to kill them.

This comes as two wild boars, a male and female, were spotted in Caledon in recent weeks. This past week, a female boar was shot dead by an OPP officer in the Centreville Creek area.

According to the Ministry of  Natural Resources and Forestry (MNRF), wild boars have been spotted around Ontario in the United Counties of Prescott and Russell, in Caledon, and there have been reports of boars rooting in Alfread-Plantagenet Township.

The MNRF has authorized landowners and licensed hunters to kill any wild boars spotted as per Section 54 (5) of the Fish and Wildlife Conservation Act.

Hunters can shoot wild boars as long as they have a small game licence and comply with any discharge by-laws, firearm licensing requirements, and trespassing laws.

“Hunters can shoot wild boars as long as they have a small game licence and comply with any discharge by-laws, firearm licensing requirements, and trespassing laws,” says Senior Wildlife Biologist Mark Ryckman of the Ontario Federation of Anglers and Hunters (OFAH).

If someone sees, shoots, or has information on a vehicle collision involving a wild boar, they are encouraged to contact the MNRF’s information centre at 1-800-667-1940.

The MNRF also advises landowners or hunters who intend to shoot wild boar to aim for the shoulder on a broadside boar because the vital area is more forward than a deer.

If moving away or towards the shooter, the shot placement should focus on the vitals between the shoulders. The animals have aggressive behaviour, may weigh 90 kgs or more and could have tusks.

In North America, wild boars have infiltrated parts of the United States where they have had a devastating impact on commercial agricultural production and habitats. Texas Park and Wildlife estimates the population of feral hogs in the state exceeds 1.5 million.

These feral hogs compete directly with livestock and wildlife and it’s their foraging behaviour that results in habitat destruction and crop damage.

As opportunistic feeders they also have been known to prey on fawns, lambs and devour eggs of ground-nesting birds like turkeys and quail.