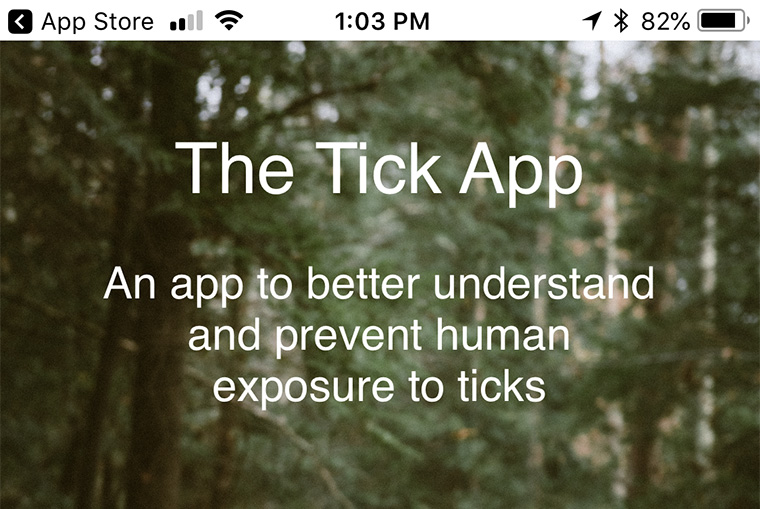 The Tick App (above) is only available on Apple iOS devices. TickTracker is available for both iOS and Android devices.

The battle against ticks is headed to cyberspace.

Two new apps allow users to see where ticks have been reported, to report ticks, and to learn about tick-bite prevention and identification.

The LivLyme Foundation launched TickTracker, a non-profit started by Colorado teenager Olivia Goodreau to assist with the purchase of medication for children with Lyme disease who can’t afford the cost.

The app allows the user to report ticks and see areas with more reported tick activity. It provides background information on Lyme disease and a list of labs that test for it.

The app also shows users how to safely remove a tick. 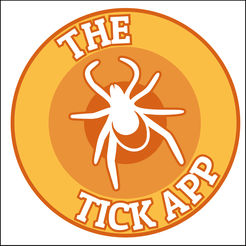 The Tick App was developed by researchers from Columbia and the University of Wisconsin-Madison as a research tool and also as a way to teach users about tick safety and removal.

Users are asked to record their activities for two weeks and report where they were exposed to ticks.

“We’d like to know what the risk factors for tick exposure are and see what habits expose certain people to ticks, and also get a sense of what prevents tick bites,” said project lead Bieneke Bron, a postdoctoral researcher at UW-Madison.

“Ultimately, we’d like to understand and prevent human exposure to ticks.”

Ticks and Lyme disease on the rise in Ottawa area