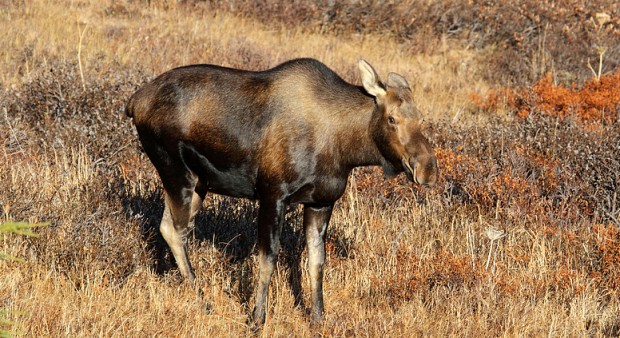 The Ministry of Natural Resources (MNR) announced last week that it is reducing moose tags for 2014 by 18%, due to decreased numbers of moose seen in monitoring efforts in Northern Ontario. This decision has left hunters concerned about the the moose management efforts in these areas.

The Ontario Federation of Anglers and Hunters (OFAH) said it is “shocked by the decision of the Ministry of Natural Resources to drastically reduce moose hunting opportunities for licensed hunters.” The conservation  and hunter advocacy group is concerned about declining moose populations throughout northern Ontario, but says hunters are growing increasingly frustrated with the ministry’s lack of progress on its review of moose management in Ontario.

John Caissie, who has been hunting moose on and off for about 25 years, says he was disappointed by the MNR’s news, but it didn’t surprise him. “When I read that the ministry had reduced the tag allocation and guarantee for the area I hunt, [WMU 47], I was a bit upset. We finally got our pool 2 number to where we would meet the guarantee and now it’s not available to us, but it didn’t really surprise me,” he said. “I’ve been hunting the same area for the past 6 years and keep track of how many moose we see. The first year we counted 15 moose. Every year since, the number has gone down. Last year we only counted 5. With the dwindling numbers and the fact that this winter was one of the hardest in a long time, I expected this.”

Despite the reduced tag numbers, Caissie is feeling positive about the situation. “Moose hunting is not only about harvesting a moose, it is about a group of people who get together once a year to bond, get away from the office and enjoy nature. Good friends, good food, and good times… I have a 13-year-old son and when he comes of age he will hunt with us. I will do what ever it takes to help make sure that there is a healthy moose population in Ontario for him and future generations.”

CJ Kincaid, who bow hunts and gun hunts for moose in WMUs 18A and 54, says that he too has seen moose populations decline over the 7 years he’s been hunting and isn’t surprised by the ministry’s decision. However, he thinks the cuts to the tags may have been a bit deep. “The MNR may have over-reacted slightly. I believe predation to be the biggest contributor to the decline of moose numbers,” he said. “Bringing back the spring bear hunt will help moose numbers go up.”

Predation is one of the factors the the OFAH would like the MNR to look more closely at, in addition to moose reproductive rates, poaching, disease, habitat quality in the wake of fire suppression efforts and declining forestry activity, overlap with deer populations, and harvest by Aboriginal hunters.

The OFAH is recommending that the MNR increase moose aerial inventories and assess the impact of all of these factors.