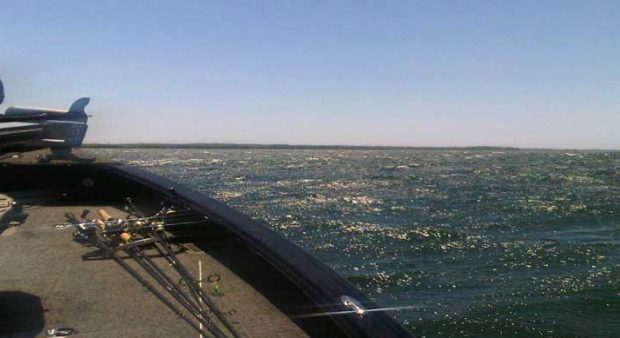 Viral hemorrhagic septicemia (VHS) has been confirmed in gobies, perch, and bullheads in Lake Simcoe. The Ministry of Natural Resources (MNR) responded late this past December by creating a new zone around Simcoe up to Gravenhurst where baitfish movements by commercial sellers will not be allowed in or out as of January 1, 2012.

Baitfish harvesters and dealers were given two weeks’ notice, just as bait licences were up for renewal.

Although a public notice had yet to be issued at the time of publication, Dave Brown, manager of Fisheries Policy Section in Peterborough, confirmed the ban would not affect angler bait use at this time.

Shipments of Simcoe emerald shiners had already been sent north to dealers in the Nipissing and Temagami areas prior to the ban, says Jim Leworthy, co-holder of a harvester licence. He adds that many more shiners are in holding facilities.

Brown could not confirm that dealers holding Simcoe minnows outside the new zone would be prohibited from selling or moving them.

“Dealers around Ontario rely heavily on them for ice fishing,” said Leworthy. “Without Simcoe shiners, we’re talking massive bankruptcies.” He says small bait and tackle stores will have no “drawing card” to bring in anglers, who also buy tackle.

Leworthy is upset because the MNR didn’t give harvesters a heads-up before they began catching baitfish last fall for the winter season. “I proposed a year and a half ago that the MNR form a baitfish advisory committee,” he said. “This would have been dealt with before now.”

VHS, likely introduced through ballast water of commercial ships, was first discovered here in St. Lawrence River/Lake Ontario muskie and other fish in 2005 and has spread up the Great Lakes, killing fish along the way, although many populations seem to have recovered.

In 2007, Ontario followed U.S. actions by creating VHS Zones along the lower Great Lakes from which baitfish could not be moved elsewhere. These areas were identified as connecting waterways and tributaries to the first impassable fish barrier. This is the first time VHS has been detected outside those zones.

“This type of protection zone for Lake Simcoe is probably overdue, and should have been set up when gobies hit the Great Lakes, to protect Simcoe, and now, sadly, to protect other lakes from Simcoe,” said Larry Wickett, co-chair of the Lake Simcoe Fisheries Stakeholder Committee. VHS can be spread to other waterbodies by fish, water, boats, and contaminated fishing equipment.

The Ontario Federation of Anglers and Hunters says anglers can help stop the spread of diseases by not moving baitfish outside of VHS zones, disposing of leftover bait on land (never in the water), and washing boat livewells and equipment.

Catch your own bait