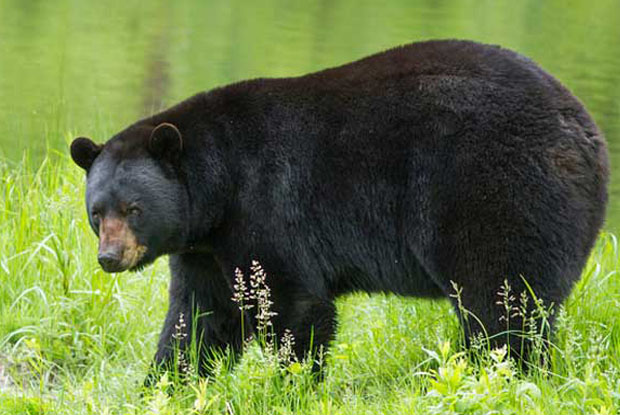 The encroachment of black bears into residential neighbourhoods in Newmarket and south Ottawa this past week has Ontario residents again questioning the province’s decision to cancel the spring bear hunt 16 years ago.

In Newmarket, police opted to kill a bear that wandered too close to homes and a school before it could harm people nearby. In Ottawa, a bear dropped in on a three-year-old girl’s backyard birthday party before running off.

Need for improved management
This week’s publicized incidents highlight the need for improved black bear management, according to the Ontario Federation of Anglers and Hunters (OFAH). In a media release today, the province’s largest non-profit fish and wildlife conservation-based organization notes that these types of situations are a common occurrence for many people in Ontario.

The OFAH, however, refutes arguments that restoring the Ministry of Natural Resources and Forestry’s (MNRF) Bear Wise program to its former level would resolve the situation, and says there is significant evidence the Bear Wise ‘trap and transfer’ program was unsuccessful and an unjustifiable use of limited resources needed for wildlife management.

The OFAH has called on the MNRF to examine Wildlife Management Units that support sustainable black bear populations but do not currently have an open fall black bear season.

“Without these boots on the ground, the MNRF is missing the most important source of data required for proper black bear management.”

Mark Ryckman, senior wildlife biologist with the OFAH, says information provided by black bear hunters can help the MNRF assess the status and health of bear populations. “Without these boots on the ground, the MNRF is missing the most important source of data required for proper black bear management.”

According to the MNRF, Ontario is home to a healthy and sustainable black bear population with up to 105,000 black bears living in the province.