How to catch a trophy fish 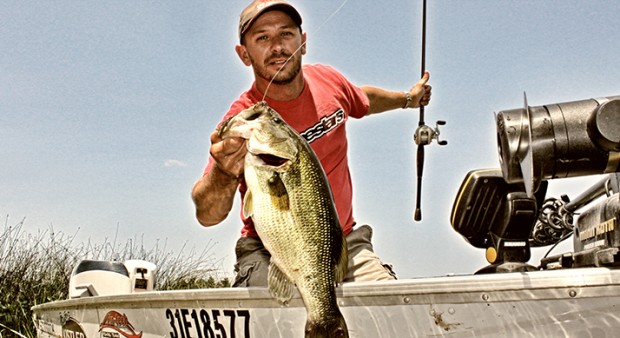 Catching a fish is one of life’s great pleasures. Catching a trophy fish, however — whether it be a 6-pound bass, 50-inch muskie, or 14-inch perch — is the pinnacle of fishing for most anglers. Here are some tips that will help you hook a lunker.

Know your seasons
Fish attain their heaviest weight during specific times of year. Trophy-sized fish can be caught year round, but key in on prime periods to find them at their most plump.
For bass, walleye, and muskie, that time is late fall. Winter is often best for targeting weighty perch, crappie, and pike.

Tap the ’net
Utilize the internet to narrow down your search for trophy water. Community forums regularly highlight stellar catches. Tournament results and big fish records can easily be uncovered with a simple web search. As an example, Renegade Bass — an Eastern Ontario tournament trail — publishes an informative list of all bass caught during its tournaments that weighed in excess of 5-pounds and the body of water each came from. Out of the 25 bass that weighed over 6-pounds during the 18 year history of the series, 10 of those were caught in the Ottawa River. Can’t beat info like that.

Big baits rule
Fish don’t attain exceptional size by snacking on average bait. The old adage of “big bait equals big fish” holds true. Be sure to offer your intended fish a meal instead of a snack. It will dissuade small fish from biting and ring the dinner bell for the big ones.

My rule is, if it can fit in the palm of my hand, I need to upsize.

If it’s a monster fish you want to reel in, lures larger than 12-inches for muskie and 6-inches for bass should be the norm. My rule is, if it can fit in the palm of my hand, I need to upsize.

Utilize electronics
Onboard electronics, such as fish finders and underwater cameras, are an advantage when trophy fishing. They help to pinpoint structure, mark bait and fish, and when GPS enabled, allow us to return to big fish spots.

The majority of these brutes don’t come from shorelines or emergent-structure areas, but are found hidden in out-of-the-way recesses throughout the lake. For big water trophy fish, onboard electronics are imperative. Without them, you’re fishing blind.

Big water breeds big fish
Trophy fish are regularly pulled from big bodies of water. A combination of increased food sources, vast areas to roam (and hide), and less angler pressure helps facilitate this. If you’re searching for trophy muskie in Ontario, look no further than the St. Lawrence River, Lake of the Woods, Ottawa River, and Georgian Bay. The latter produced the Canadian record fish, weighing 65-pounds, while the mighty Ottawa coughed up a 62-inch fish back in 1997. A quick internet search will illustrate the trophy fish these 4 water systems produce year after year.

That said, you can often catch beastly bass and panfish in less significant lakes when favourable conditions are found, such as adequate baitfish, good structure, depth, and decreased angling pressure.

My personal best largemouth bass, which weighed 6-pounds, came from a small inland lake less than 3 square kilometers in size.

Effort reaps reward
Trophy angling isn’t a hobby. If truth be known, it is more akin to a job. Those that routinely put big fish in the boat log hundreds of hours on the water each season, and have many fishless days. They fish both fair and inclement weather, are attentive to tackle upkeep, keep detailed logs, they stay focused, and are prepared at all times.

“I’m only after 1 bite,” is my mantra when I’m looking for lunkers. Live by this, and the next cast could bring you the bragging-rights fish you’ve dreamed of.