Goldfish could be a concern in Hamilton 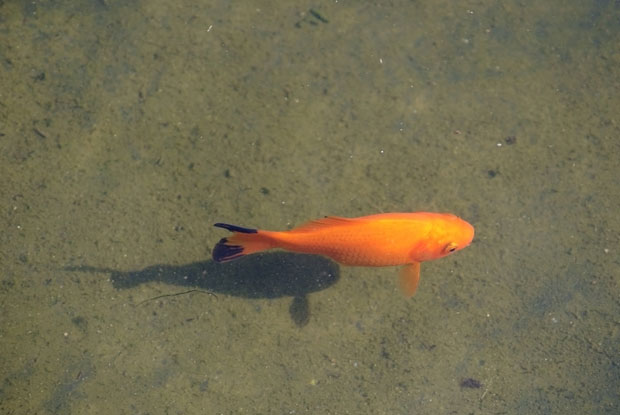 Fishery officials say warmer weather may have something to do with a bit of a goldfish population explosion in the Hamilton area.

In a recent published report, Department of Fisheries and Oceans Canada officials said that while goldfish typically have a particularly low survival rate in in Ontario waters, warmer weather may have changed that in Hamilton harbour.

It was reported that there are millions of goldfish breeding in the waters there.

According to Ontario’s Invasive Species Awareness (ISAP) Program, goldfish have the potential to reduce the province’s biodiversity through their effects on native species.

• Goldfish eat snails, small insects, fish eggs and young fish, making this species a competitor with and predator of native fish.
• They stir up mud and other matter when they feed, which increases the cloudiness of the water and affects the growth of aquatic plants.
• They have the potential to produce large populations in some situations.
• Goldfish can carry diseases such as koi herpes virus that can harm local fish populations.

Alison Kirkpatrick, Monitoring Information Management Specialist with ISAP, says the behaviour of goldfish in Ontario indicates they have an impact on Ontario’s biodiversity and native fish populations.

“If you have an unwanted aquarium fish, return or donate it to a pet store or local school. Don’t release any live fish into Ontario lakes, rivers or streams,” she says.

To learn more about invasive species, visit the OISA website.