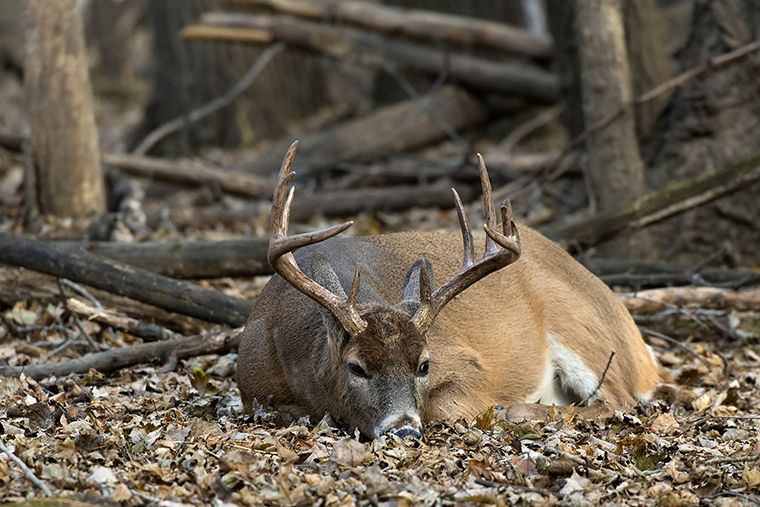 The infectious epizootic hemorrhagic disease (EHD) has been detected in two whitetail deer from the London area, according to the Canadian Wildlife Health Cooperative (CWHC). This news was confirmed yesterday by the Ontario Ministry of Natural Resources and Forestry (MNRF).

The EHD virus in whitetail deer is infectious, often fatal, and very closely related to the bluetongue virus which also targets whitetails. EHD is spread by blood-feeding biting midges (commonly known as “no-seeums”). It is not spread from deer-to-deer. Deer affected by the virus may develop fever, depression, have trouble breathing before dying, and seek water out of thirst and to cool their fever, according to a recent CWHC announcement. This means dying or deceased deer are often found in or near bodies of water.

There’s no evidence that EHD affects humans but the CWHC does recommend that individuals handling sick or dead animals should wear protective clothing, gloves, and wash hands thoroughly.

What this means for your hunt

The MNRF has stated that eating meat from EHD-infected deer free from signs of sickness, ulcers, abscess, or other abnormalities is considered safe. As always, practice proper handling and processing techniques when dressing deer.

“If the meat looks fine and smells fine, then it probably is,” said Mark Ryckman, senior wildlife biologist with the Ontario Federation of Anglers and Hunters. “Hunters won’t get EHD from eating deer meat, and we can’t get it from the biting midges that transmit it between deer. But as always, hunters should take proper precautions when handling and preparing meat from a wild animal.”

What you can do

The MNRF is asking for the public’s help in reporting any sightings of sick or dead deer to the CWHC or the MNRF’s Natural Resources Information Centre, you can do so by phone or email:

Stay in the know with the latest hunting and fishing news here.