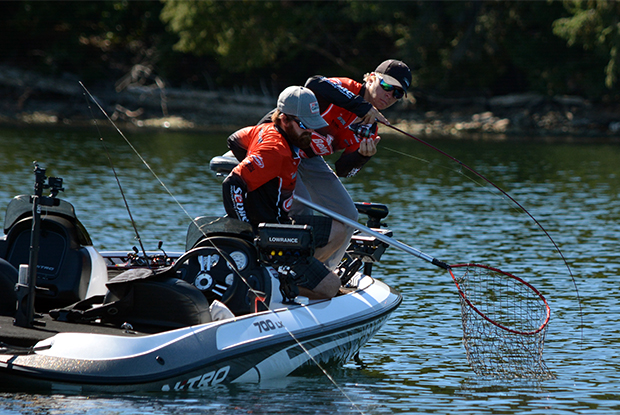 “Are you guys okay?” Fellow FLW championship competitors were checking on Cooper Gallant and Danny McGarry. Their phones were ringing nonstop.They were sleeping in Gallant’s father’s truck to save money, and evening thunderstorms had the rest of the pack concerned for their safety. The teens were outside qualifiers in the Canadian Fishing League Worldwide (FLW) Championship being held on Big Rideau Lake, Ontario. And in what could be described as the ultimate Cinderella story, they won the event.

Gallant and McGarry are eighteen and nineteen years old respectively, less than half the age of the average tournament angler in Ontario. They earned a championship berth by fishing one of three single qualifiers in the 2016 FLW series. Professional level series are expensive and as funds were short, they entered the Rice Lake event near home. They finished seventh for a spot in the finals.

Despite their youth, these two don’t come from complete obscurity. They have proven themselves in high school B.A.S.S. competitions with multiple successes, including a national U.S. championship and an angler of the year title. Their only sore spot was a poor finish on Kentucky Lake, which set the stage for what was to come.

Two weeks before the 2016 Big Rideau Lake Championship, FLW Canada President, Cory Banford announced that the winners would qualify to fish the Costa FLW Series on none other than Kentucky Lake. If they won, Gallant and McGarry would have the chance to compete there for $100,000, and more importantly to them, a chance at redemption on Kentucky. 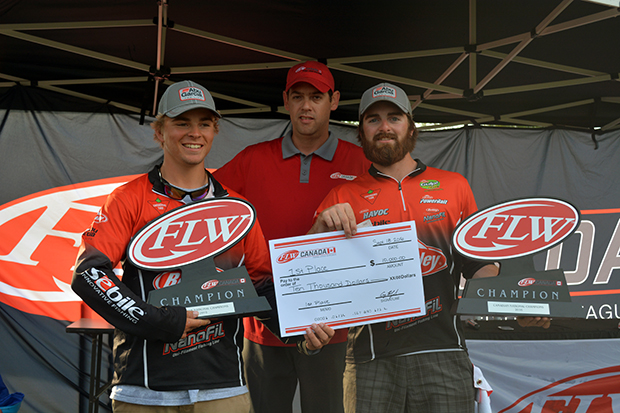 Cooper Gallant (left) and partner Dan McGarry (right) are all smiles as they hoist the Championship cheque and winning hardware.(Photo property of Limitfish Media. Not for republication without consent provided by Limitfish Media.)

These anglers say time on the water is critical to their success. They fished from sunup to sundown for nine days and it paid off. Fishing with a maturity beyond their years they plucked one fish off each spot for the first two days and then hit them hard on the last day. The shock on their faces was evident as the scale read 20.42 pounds on day three. They won the event, $10,000, and another championship qualification south of the border. This time they will be pros, with fully rigged Ranger boats and limitless gas provided.

Tournament within a tournament

Banford is proud of spearheading the FLW’s first international venture here in Ontario. He describes the talent of Canadian bass anglers as on par with any in the states.

The Canadian initiative has been followed by Mexico, Korea, Italy, and South Africa. Each country will send two representatives to Kentucky Lake, creating a tournament within a tournament. The Canadian anglers will compete against the full field for $100,000 and against the other countries for a one-in-eight chance of moving onto the Walmart FLW Championship and its $300,000 prize.

There are other ways to qualify for big dollar bass events in the U.S. but none as direct as what the FLW and Banford have created in Ontario. The competition is serious. The wins are scarce. The challenges are real but so are the opportunities. Gallant and McGarry have proven this to us all.

For more information on FLW Canada and the developing story of Gallant and McGarry visit www.FLWCanada.com