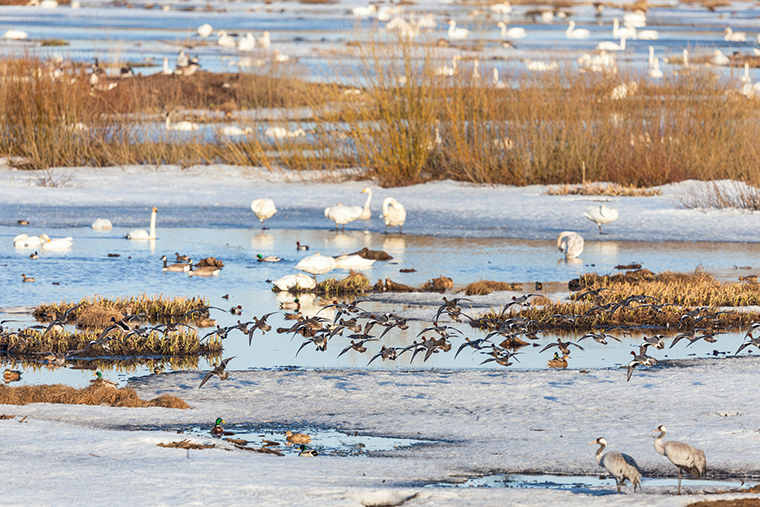 The Trump administration’s cuts to prosecution under the Migratory Bird Treaty Act (MBTA) are raising concerns north of the border.

Prior to a U.S. Interior Department decision last April, any individual or company that killed or injured migratory birds was charged under the act.

Now, the Interior Department is saying companies or individuals that cause harm to migratory birds will no longer be criminally prosecuted, if killing of the birds was not the primary intent. The Interior Department’s decision said “the take (killing) of birds resulting from an activity is not prohibited by the MBTA when the underlying purpose of that activity is not to take birds.”

For instance, companies responsible for large oil spills would have previously been charged under the MBTA, but that is no longer the case. Filling in wetlands will also no longer be an offence under the act, nor will destroying nesting areas if these were collateral damage.

The National Audubon Society (NAS) says oil companies would be the major beneficiary of this change.

According to The Washington Post, 17 Interior Department officials under former presidents have spoken out against the new policy. The NAS is leading a coalition of groups fighting the decision in court. Eight states – New York, California, Illinois, Maryland, Massachusetts, New Jersey, New Mexico and Oregon – have also filed litigation regarding the removal of these longstanding protections for waterfowl, raptors, and songbirds.

OFAH Manager of Policy Mark Ryckman also expressed concern. “Waterfowl are a shared resource and are cooperatively managed by Canada, the United States, and Mexico. Any significant impact in those other countries could have a cascading effect on waterfowl populations in Canada, and ultimately our waterfowl hunting opportunities. We’ll be monitoring the effect of these changes and will bring any concerns to the Canadian Wildlife Service.”