Do you know how your favourite hunting bullet behaves when it hits its target? We do.

We used gelatin to test the terminal performance of several popular hunting rounds, and to demonstrate how distance affects terminal energy – in other words, what happens to your bullet at its target.

Bullet science: a few things every shooter should know

Terminal velocity is the speed of the bullet at the target. For hunting big game in Ontario, we’re normally interested in target distances of 50 to 300 metres. For varmints, you may want to look at bullet performance a little further out.

We put the block on a board and used packing tape to secure it thoroughly. Then we clamped the board to a table. This provided sufficient weight to keep the block from flying off the table. For some ammunition at some distances, we needed a second block behind the gel to capture the bullet. We used a ‘poor man’s gel block’ (a box filled with newspaper) for that.

A key variable of velocity is your barrel length, so if the manufacturer’s tests use a 26″ barrel and you take your 18 1/2″ bush gun out, you won’t get the same bullet performance.

To measure the speed of the bullet in flight, we use the Canadian-designed LabRadar, which uses Doppler Radar. It’s easy to use and it’s accurate, with an MSRP of $559 U.S. (www.mylabradar.com)

The kinetic energy of a bullet is the energy that it possesses due to its motion. It is a product of the velocity and the bullet mass.

Because the formula calls for velocity squared, velocity has a greater bearing on the energy produced than does the mass. So, the velocity of your bullet is more important than how much it weighs. It also means that as velocity decreases, the bullet energy decreases rapidly. Heavy bullet fans will be quick to point out that heavy bullets have more momentum than light bullets and will tend to retain their velocity. A quick internet search will produce a great deal of controversy on this subject, but if you run ballistic software queries on light and heavy bullets, you’ll soon see where one is better than the other.

For example a big slow bullet like the shotgun slug (even the super-slug we tested) at 25 metres is as effective (energy-wise) as the .308 at three times the distance (75 metres).

Energy at the muzzle is a good starting point for measuring you bullet performance. But energy at your intended target distance is more important.

For example, when we chose our WSM rifles, we looked up the energy charts to ensure that the bullet could produce what we wanted… sufficient energy at longer ranges. Then we decided on barrel length (26″ for Linda and 28″ for Keith), the longest barrels that would still be practical for a hunting rifle. Then we chose the bullet that would give the performance we wanted (154-grain Hornady Interbond).

Many countries (and some states) use energy at the muzzle to determine whether the calibre is legal for specific game.

We tested the slug at 25 metres, choosing the distance at which we’d be more likely to hit the 6″x6″ face of the ballistic gel block. The slug lost a great deal of its weight but provided a significant kill channel in the first two-thirds of its transit. Most hunters should have good accuracy out to about 100 yards. 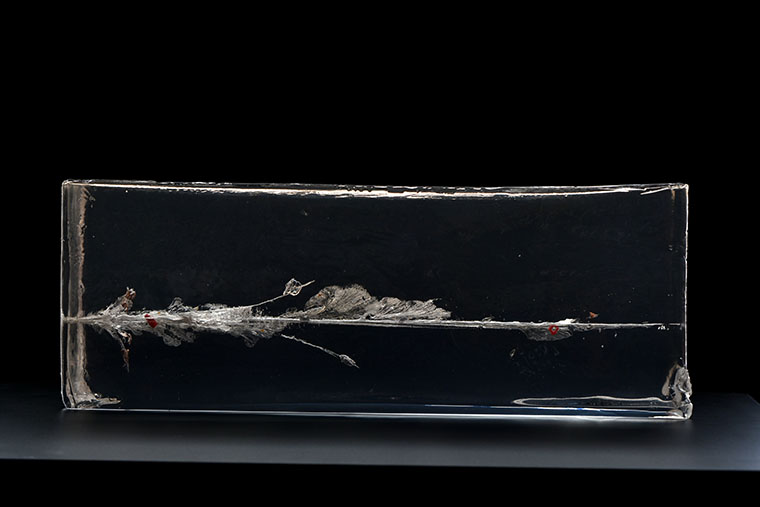 Penetration is how far the bullet goes in the game animal, especially how far it goes before it starts to expand.

Controlled expansion is also called the ‘mushrooming’ of the bullet, really just a peeling back of the front end which gives the bullet a bigger diameter, causing a bigger kill channel.

Weight retention refers to how much of the bullet’s original weight it still has when it stops.

The shot sailed through the gel, producing .33-calibre holes. Because of the group size, most hunters don’t use buckshot beyond 30 metres. At 10 metres, there is a significant concentration of shot to produce significant internal damage. 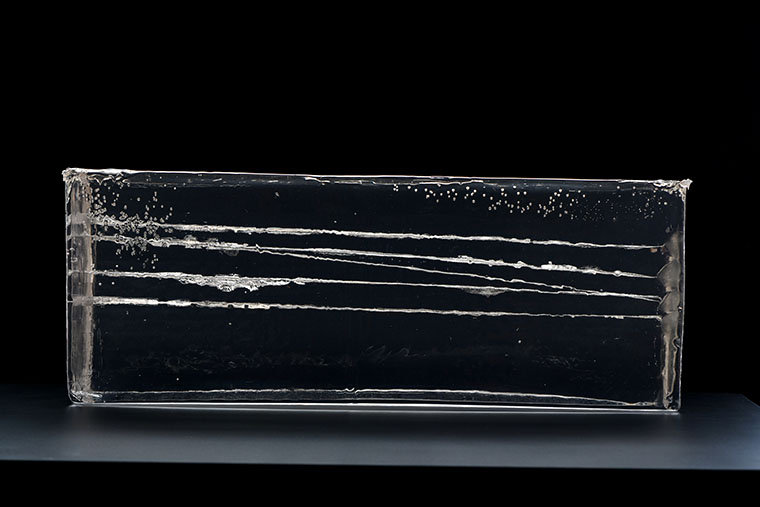 For a big game bullet, you want one that penetrates sufficiently to get into the ‘boiler room’ before it expands. And if it’s designed to retain its weight, it’ll continue to provide a good kill channel until it finishes its passage.

We shot the .223 from a Remington 700 CDL with a 24″ barrel, delivering a very fast muzzle velocity. This provided excellent performance at all distances, but certainly most spectacular at 5 metres. The main part of the bullet broke up and released most of its energy in the 4″ to 6″ of its transit, perfect for the small varmints for which this round is intended. Even at 200 metres, where the bullet is going considerably slower, the gel performance is very good. 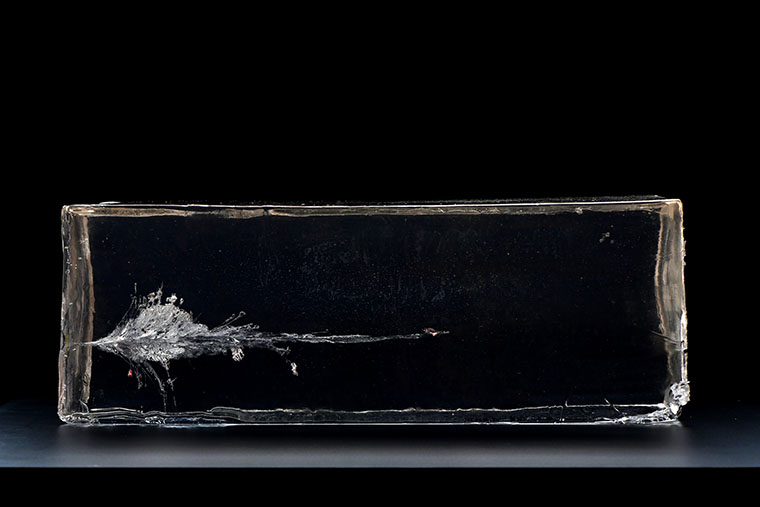 The .308 and the .30-06 test rifles were virtually identical, so they provided an excellent opportunity to compare the performance of the two calibres. The .30-06 gave us a slightly higher muzzle velocity and so, slightly higher energy, but at the cost of a significant amount of felt recoil. 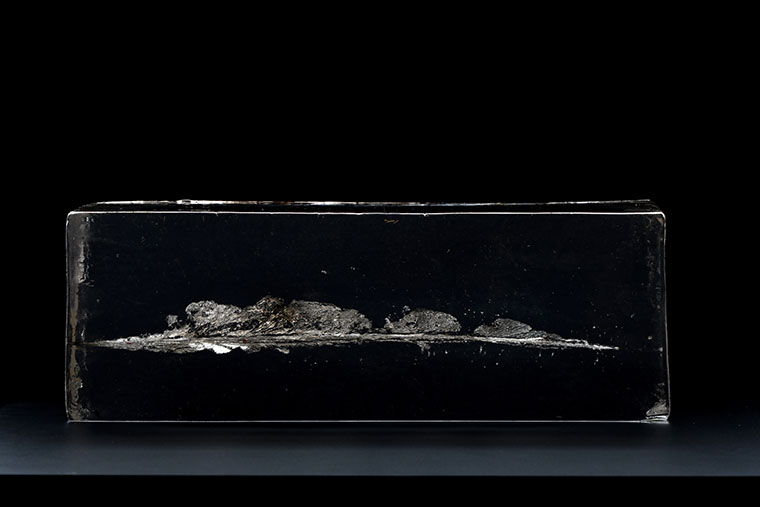 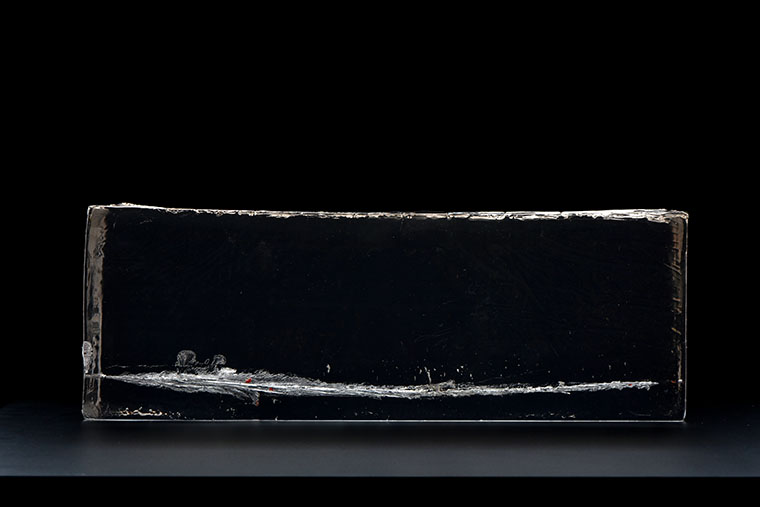 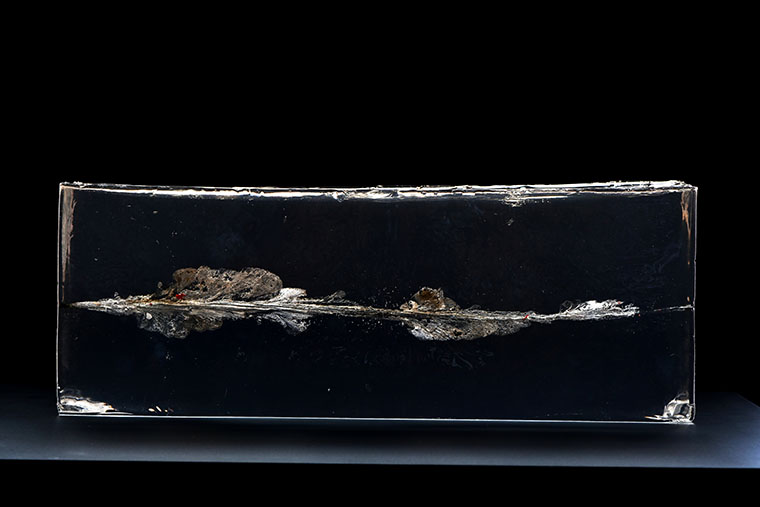 Leftovers
Here are a few of the bullets we retrieved from the blocks. The .300 Win Mag with a 150-grain bullet produced outstanding muzzle velocity and excellent energy. Of the calibres we tested, this round produced the best permanent cavitation (wound channel) at 200 metres. As with most of the GMX bullets we tested, the weight retention was over 99%. 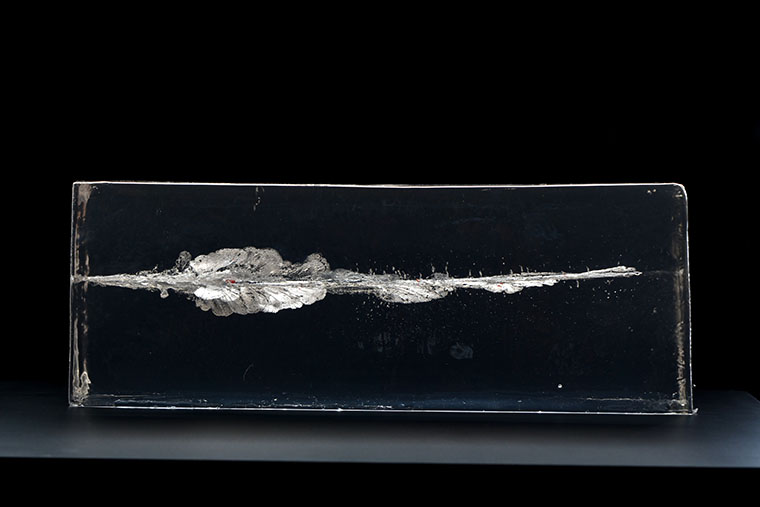 The shotgun limits your range and is not an easy firearm to shoot accurately (at least not more than once) because of the recoil. Modern slugs in a rifled barrel help, but generally speaking slow-moving bullets with a ‘rainbow trajectory’ need to be close to the target to be effective.

The .223 is perfect for varmints, with high velocity and rapid release of energy.

The .300 Win Mag was excellent at 200 metres, and would be great for longer-range shots on moose, which you might get on a lumbering site or across a muskeg.

To learn how to make a DIY shooting box, click here